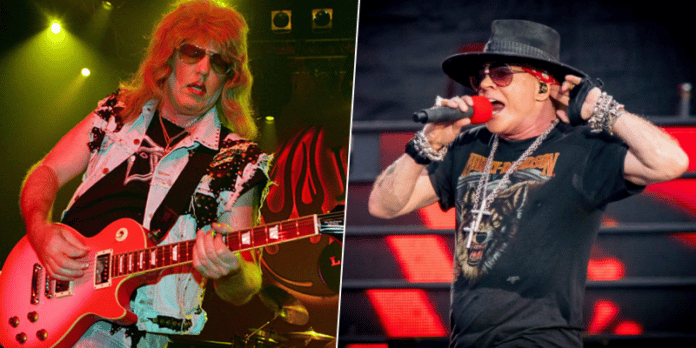 While he names only rock band that survived grunge, he mentioned Guns N’ Roses. He praised Axl Rose for his voice and explained why he liked it so much. He also explained that authenticity.

“The only band that leapfrogged and saved themselves was Guns N’ Roses, and my theory is that Guns N’ Roses was not perceived as a joke.

“They came out of LA, but I think that Axl, first of all, had a great voice; I think that they were perceived as real, not fake. Like, they were real junkies, not pretend junkies.

“It wiped out the perceived frivolousness of hair metal, which is, ‘Hey, man. Let’s party. Let’s get the girls and drink.’ I think people just got sick of that, and they wanted authentic.”