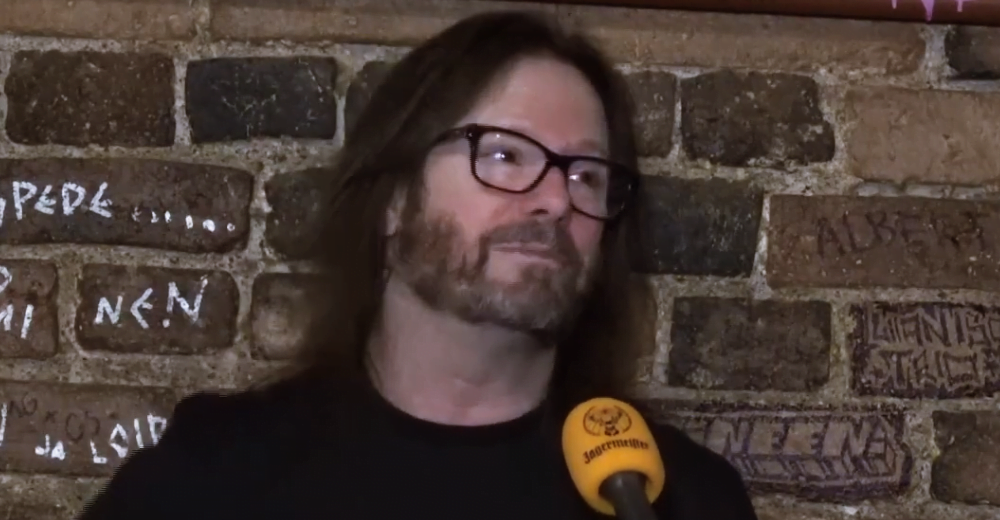 In a new conversation with Finland’s Kaaos TV before Exodus‘ show at Pakkahuone in Tampere, Finland on February 12th, 2020, with Death Angel and Testament, Gary Holt, the only unchanging member of the American thrash metal band Exodus, has talked about the band’s future plans and revealed new details about their upcoming Exodus album.

Gary hoped that they’ll be in the studio in this summer and continued:

“We’re staying home this summer, except for one show at the Dynamo festival. We’re not doing a European summer festival tour or nothing, and we’re just gonna work on the new record. And it’s fucking heavy. [Laughs] It’s so heavy. [Laughs]”

Gary also touched the written stuff about their new Exodus album and the possible release date of the album and said: “I never stop writing. I’ve got enough riffs for five albums right now. I’ll keep writing right up till we start recording. I hope to have it out this year – like late in the year. We’ll see how the scheduling goes and all that.”