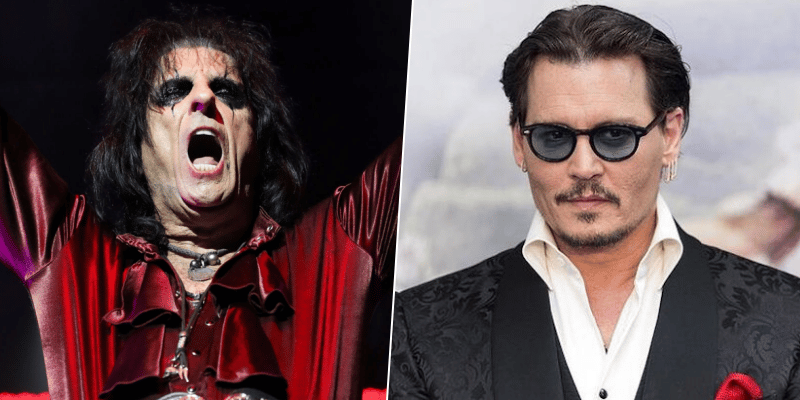 The American rock legend Alice Cooper guested to the “Yahoo! Entertainment” and answered one of the most curious questions about his life by praising the successful actor Johnny Depp, which his bandmate in Hollywood Vampires.

During a conversation, Alice Cooper was asked if he would do a biopic film about his life one day. He replied by saying it would be great and added that if it will happen, Johnny Deep would be the best guy to play him.

“I hope it’s not of those where we get to die first… Usually it’s gonna happen with bands that were extremely commercially successful, whereas Alice was successful and we sold a lot of records, but I did not appeal to everybody; I was definitely on the darker side. And I think that it would make a great movie, myself.

“And if Johnny Depp were just better looking, he could play me. Johnny would be the best guy to play me, because he really likes to take those characters that nobody else wants to play. And he loves prosthetics – he would get my nose in there and the whole thing like that. He knows me well enough now where he could imitate me pretty well, I’m pretty sure.”

Alice Cooper and Johnny Depp rocks the stage under the name of Hollywood Vampires since 2015.