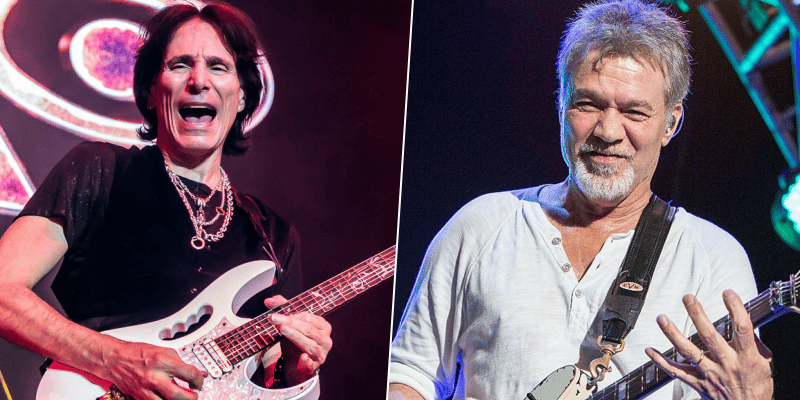 The American guitarist Steve Vai has spoken out with the Ultimate-Guitar’s Justin Beckner and recalled the rare-known performance he made with the Eddie Van Halen and Frank Zappa.

During an interview, when the interviewer said if he, Frank Zappa and Eddie Van Halen jammed, Steve replied:

“Yeah, well, it was kind of interesting. I went to see Allan Holdsworth at The Roxy and this was right at the peak of the Van Halen craze, and Edward came out on stage because he was a big Holdsworth fan and started jamming and we were all like, ‘Holy shit! There’s Edward!’