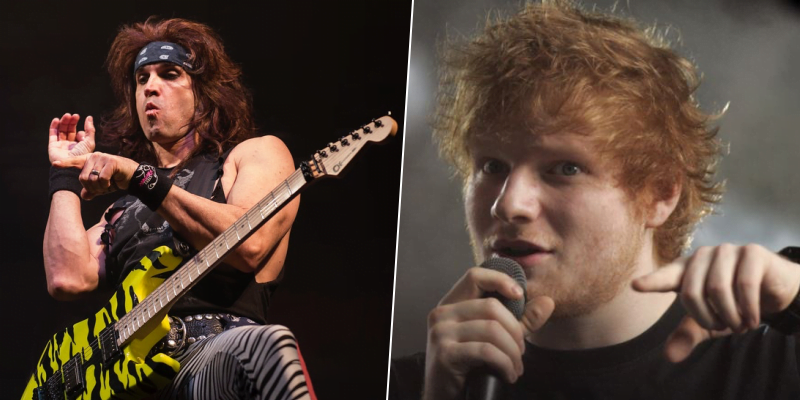 In a new appearance with The Captain, Satchel, the guitarist of the American rock band Steel Panther, which formed in Los Angeles in 2000, has talked about the English singer Ed Sheeran and made flash comments about him.

When the interviewer asked, “Who do you sort of measure yourself against if you’re getting more girls than say, Ed Sheeran? Would that do good?”, Satchel replied:

“But he doesn’t have the sex appeal. Like, yeah, he’s 25 years old, but look at David Coverdale. David, he just turned 92, and David Coverdale is dating, like, Sports Illustrated models.

“Like, he just throws them out, like, ‘I’m done with you, on to the next one,’ because he’s a rock star, and that’s what we’re trying to pattern our life after – guys like David Coverdale.