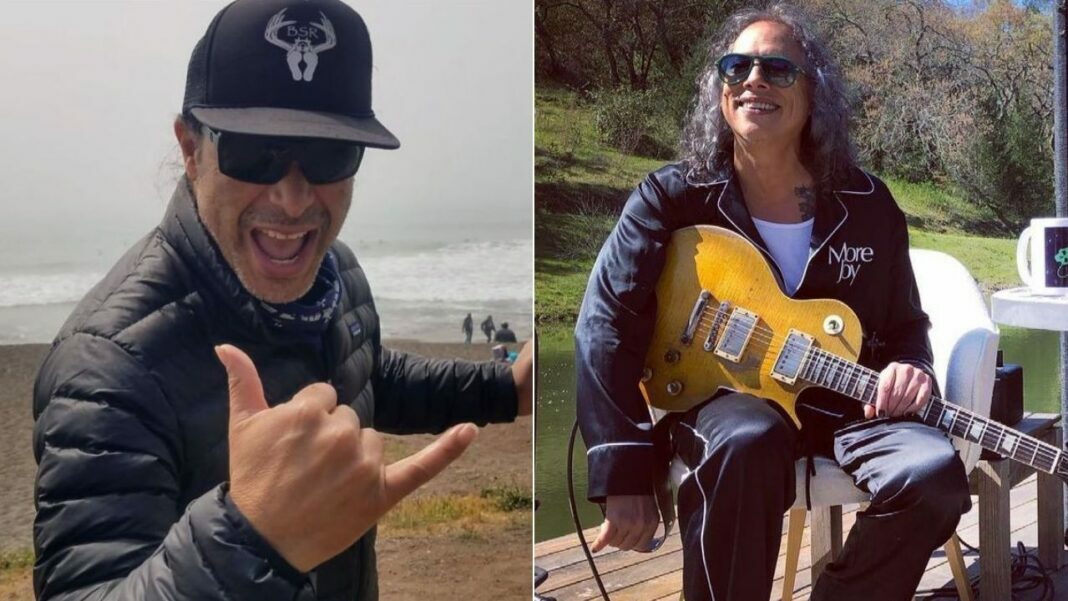 The Grammy Award-winning heavy metal band Metallica members, the bassist Robert Trujillo and guitarist Kirk Hammett, made fans think by using their social media accounts that whether a new Metallica album is on the way.

As some of those Metallica fans might know, the heavy metal giants have released its latest studio album in 2016, titled “Hardwired… to Self-Destruct,” which was the follow-up to their ninth studio album “Death Magnetic.”

However, recently, Robert Trujillo and Kirk Hammett have shared new posts simultaneously by using their Instagram channels and fans started to think if the new Metallica album is on the way.

They Have Been Playing Something

In Kirk Hammett‘s social media post, Robert and Kirk were taking a selfie for Kirk Hammett‘s 2.1m Instagram followers. While Kirk Hammett was just laughing, Robert Trujillo looked as energetic as before. He was holding his bass while posing.

Also, there was a familiar man in the background. The drummer of the band, Lars Ulrich, was also there with his bandmates.

Robert Was Having Fun

In the video, an unfortunate moment paid fans’ attention. Robert Trujillo hit his headstock while throwing a grapefruit.

Under their social media posts, people who follow Kirk Hammett and Robert Trujillo on Instagram have started to think the new album is on the way.

Later, a fan named Pablo commented: “Can’t wait till the album comes out.”

Countless fans commented like that to say that they looks forward to new Metallica album.

Past December, Lars Ulrich has shared some details about their new album. According to the drummer, it will be the best and heaviest studio effort of Metallica.

“It’s the heaviest thing, the coolest,” Ulrich stated. “But all kidding aside, if it wasn’t because we thought that the best record was still ahead of us, then why keep doing it?”

In Metallica, we love the creative process, and it’s hard for me to imagine that we’ll ever stop making records.”