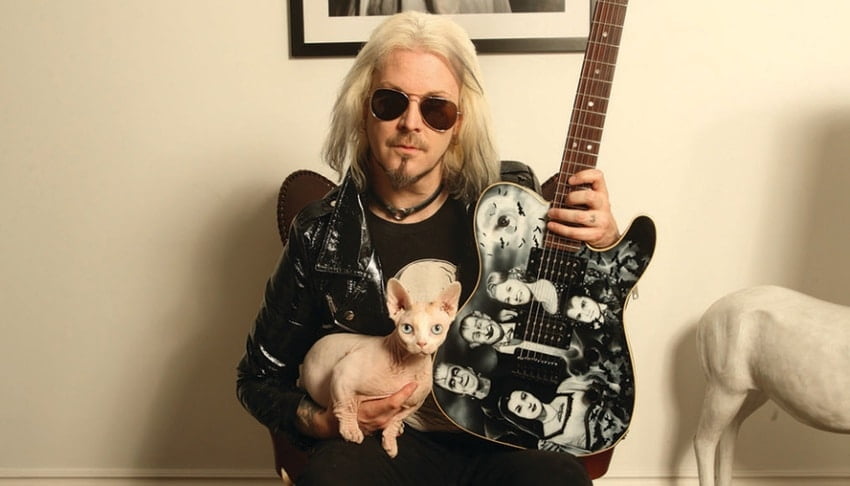 The 48-aged American guitarist John 5, best known as the touring guitarist of the Rob Zombie, has just sent a new post through his social media account and expressed his worry for his fans about these coronavirus days.

In the post he shared, John showed himself to his fans with a short supporting video. In the video, John was playing guitar for his followers while sitting under the TV with his cat. John, who looked quite fascinating with his pajamas, did not forget his mask.

In the caption of the photo, John said: “Hope everyone is safe and Healthy .love and Arpeggios, J5.”

Many fans thanked him for his special words and the performance he played. The fans have also expressed in the comments of the photo that he looking great.

Hope everyone is safe and Healthy .love and Arpeggios, J5 @fender