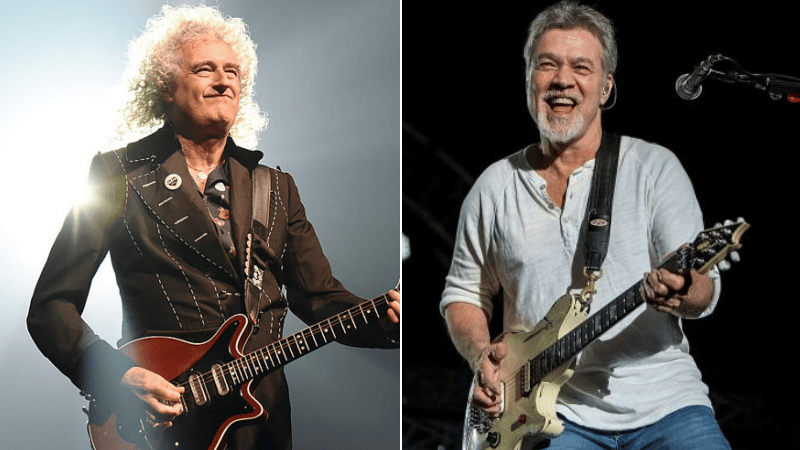 In a new interview with BBC Radio 1, Queen‘s legendary guitarist Brian May talked on Eddie Van Halen’s sudden passing and paid his tribute to him by saying “there hadn’t been anything so shocking since Jimi Hendrix.”

On October 6th, one of the greatest, Eddie Van Halen, known for his Van Halen career, has left us due to cancer and passed away at the age of 65.

Recently, Brian May paid his tribute to him by recalling his first seeing Eddie Van Halen and took fans back to the golden moment he lived with him, which also includes Black Sabbath man Tony Iommi. He also touched Eddie Van Halen’s greatness and made fans emotional.

When he was asked about Eddie Van Halen, Brian May said: “There hadn’t been anything so shocking since Jimi Hendrix. I saw Van Halen support Black Sabbath – Tony Iommi was a very good friend, even by that time – and the pair of us watched Eddie Van Halen do his stuff, and we shook our heads and kind of went, ‘Whoa!’

“And it was just glorious, almost too glorious to take in, to see this guy romping around a guitar like a kitten, you know, just running and taking it to places undreamed of. I love his playing – I always will.”