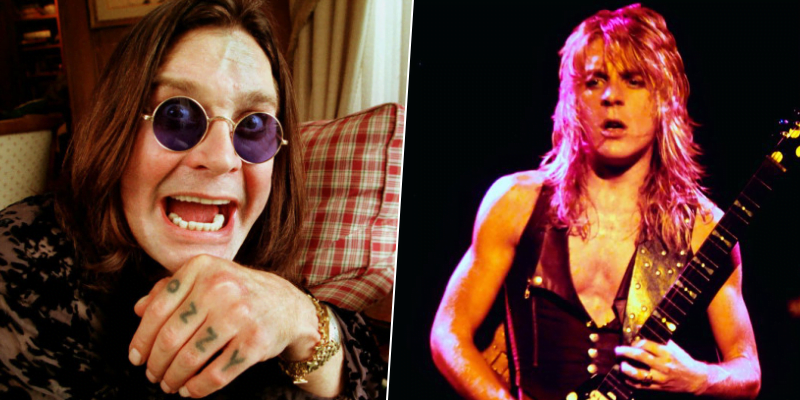 In a new conversation with Broken Record Podcast, Ozzy Osbourne, who released his latest and twelfth solo album Ordinary Man on February 21, has recalled his first met with Randy Rhoads and said unheard words about him.

While the interviewer asked how he met with Randy Rhoads, Ozzy Osbourne responded:

“A guy called Dana Strum from Slaughter – Dana Strum was my original choice for the band. Sharon got me auditioning people, I never auditioned anybody in my life…

Ozzy also talked about his reaction after seeing him. He said that Randy was very loyal to his job, he only wrote music and only made his music speak.

“So I go down to the studio, and I’m thinking I’m hallucinating – this kid comes in with his little amp and he’s blowing my lights… I mean, this kid was someone else.

“I was, like, ‘Do you want the gig?’… I mean, it was unbelievable. We wrote ‘Goodbye to Romance,’ the first song that we ever wrote.

“But then he was, like, he didn’t want to party. He was a true musician. He wrote music, he talked music.”

Randy Rhoads was a guitarist of the Ozzy Osbourne from 1979 to his death in 1982.