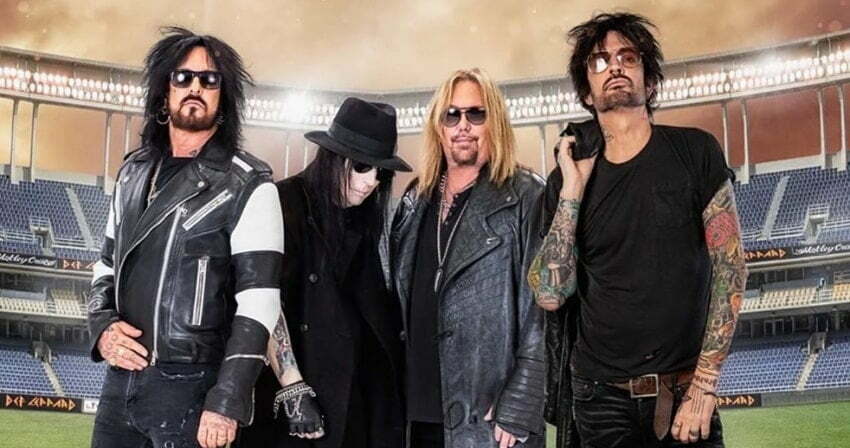 The legendary heavy metal band Motley Crue, which announced its reunion with a 2020 Stadium Tour that features Def Leppard, has just shared a new post that includes its biographical comedy-drama film The Dirt and talked about the band’s upcoming shows.

In the photo, there was a piece of a moment of The Dirt film. They communicated with the fans by using the moment and the sentence which appeared in the movie.

Motley Crue sent the post with the following statement: “‘We wanna knock people on the asses, we gotta give them a show.’ #mötleycrüe #TheDirt @netflix #muzzlethat.”

In the comments of the post, the weird speech paid attention. Motley Crue replied to a fan, who told them they had to cancel the shows. You can read it below.

A fan wrote: “Cancel the tour already so your fans can get their money back. No tours are happening this year. Do the right thing. Bon Jovi did.”

In addition to Motley Crue and Def Leppard, the 2020 Stadium Tour, which scheduled to kick off at TIAA Bank Field in Jacksonville, FL, on June 18 and conclude at SoFi Stadium in Los Angeles on September 5, will also feature Poison and Joan Jett & The Blackhearts.

‘We wanna knock people on the asses, we gotta give them a show’ #mötleycrüe #TheDirt @netflix #muzzlethat