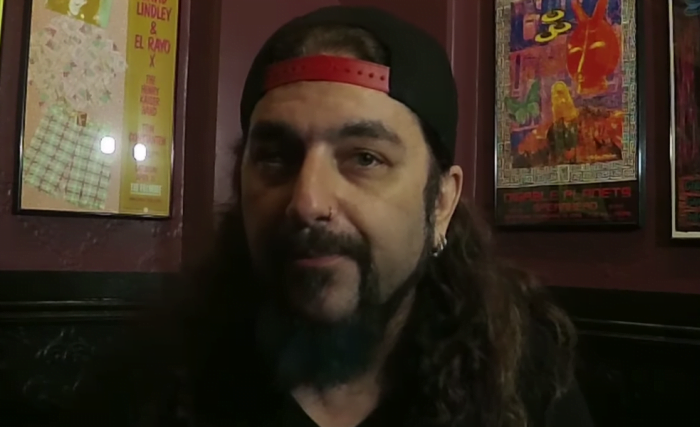 In a new interview with World Prog-Nation, the American-based progressive metal supergroup drummer Mike Portnoy has talked about his close friend Rush drummer Neil Peart, who died at 67 because of brain cancer, and revealed his rare-known moments with him.

He started from the first days he heard Rush and said, “When I was around 13 or 14, in the early ’80s, that’s when I discovered Rush and Neil [Peart], and at that point, I wanted to grow and learn more and learn how to build a giant big kit and play more complex music. So, it was the right band at the right time for me, and I got completely obsessed.

“I also discovered other progressive music, like Yes and Genesis and Crimson, and those drummer – Bill Bruford, Phil Collins, Terry Bozzio; all those guys – but Neil and Rush were always number one for me.”

He talked about the time he idolized him and being a biggest fans for him, and said that he spent 20,30 years for it, and continued: “And all those years, it was mainly the drum kit – the drum kit was such a fascination for me. He always built such amazing kits and put so much thought into it.”

“I’d always get the tour programs where he’d write about the kit and what the new things were on it, and I would just look at those photos. Most other kids were looking at Playboy centerfolds; I was looking at Neil Peart drum kits. And then, obviously, his playing – it goes without saying. I learned how to really develop parts and orchestrate drum parts to build and change and develop within the song. So that was the biggest stuff for me as a fan. And then later on, once I got to know him, I was so inspired by what a gracious person he was.”

Mike also added his friendship with Neil Peart that Neil was always sent him holidays mails and mentioned rare-known moments with him.

“He had this reputation that he was sort of quiet and isolated and private, and he was, and it was very important for him to guard that. But once you were somehow allowed into that inner cicle, he was always so sweet and kind and generous. He’d always send me holiday e-mails and he would always send me his new books and stuff like that. It was a relationship that I’ll always cherish and I was honored to have.”