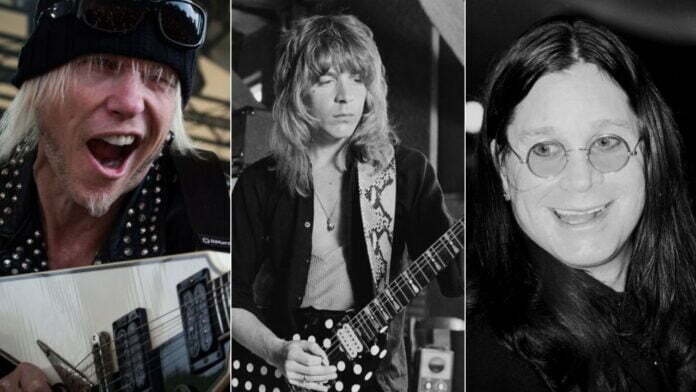 In a new appearance on The Eddie Trunk Podcast, the talented musician Michael Schenker explained that why he declined to join Ozzy Osbourne‘s band after the band’s original guitarist Randy Rhoads has passed away.

When the interviewer asked, “He [Ozzy Osbourne] called you up to be in his band?”, Michael explained why he have to decline his request:

“Yeah, in the middle of the night, when Randy Rhodes crashed and died, he called me up out of the blue straight afterward because they needed a guitarist.

“Randy was a No. 1 Michael Schenker fan, and he must have always talked to Ozzy about me.

“When Ozzy was in that situation, which was a very terrible situation, and [keyboardist] Don Airey was actually in his band at the time, and he hooked me up in the middle of the night asking me, the No. 1 choice, to help, to carry on with the tour and learn all the songs.

“What I’m trying to say is my commitment, my vision of my middle years, which fulfilled me, and doing all the experimental stuff that I couldn’t have done with UFO, Scorpions, or Deep Purple, I mean, you name them.

“So many bands wanted me to join them, but I had to decline them all because I had a vision of getting this overflow of energy, of musical experiments, acoustic instrumentals, electric instrumentals – so much stuff.”