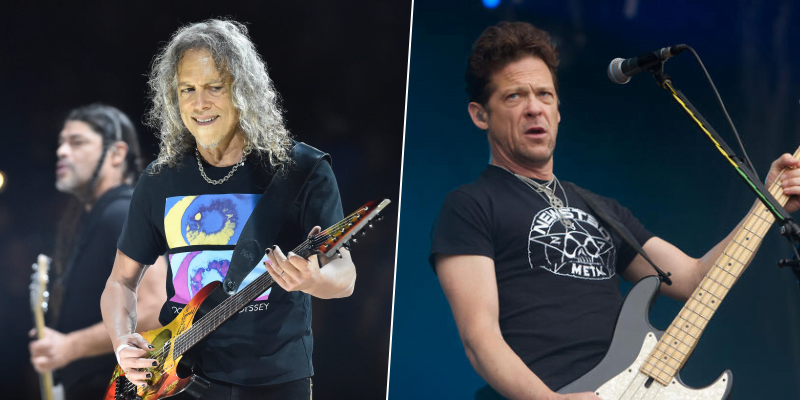 One of the successful guitarists in the metal community, Kirk Hammett, best known as the lead guitarist of the heavy metal band Metallica, has just sent a special photo for his old bandmate Jason Newsted and celebrated his birthday.

“AND!!! Before things get crazy here… HAPPY BIRTHDAY Jason Newsted,” Kirk Hammett wrote in the caption of the photo he shared. He also added a black heart emoji at the end of his sentence.

The fans, who commented on the photo, sent their birthday wishes to legendary musician and said they miss him. Also, in the comments, there were even those who said that Jason was better than Robert.

AND !!! Before things get crazy here … HAPPY BIRTHDAY @jasonnewstedofficial 🖤🤘⚡️ a @rosshalfin photo