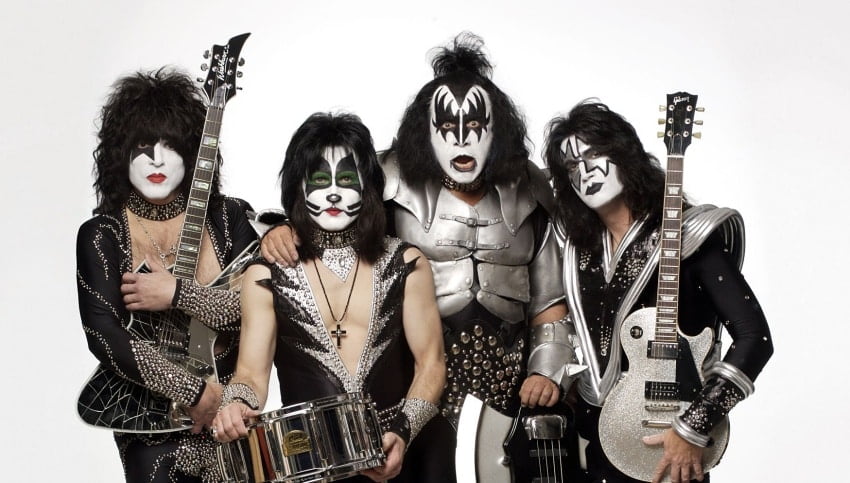 The American rock band KISS, which formed in New York City in January 1973, has just updated its official social media account with a special moment they lived and took his fans back to their Rock & Roll Hall of Fame ceremony.

In the photo taken at the Barclays Center in 2014, KISS members Paul Stanley, Gene Simmons, Ace Frehley, and Peter Criss were accepting the celebration of their inducting. Among the four legends that appear in front of the crowd with their suits, Paul Stanley was one of those who seemed satisfied in his situation.

KISS remembered those moments with the following caption: “#KISSTORY – April 10, 2014 – #KISS was inducted into the Rock & Roll Hall of Fame during a ceremony at the Barclays Center in Brooklyn, NY.”

In the comments of the post, many fans expressing their attraction in the photo. They said there is only one KISS. They also celebrated them again for their success.

Nestor Bernabe named fan described his thoughts by writing the following words: “The only one KISS!! I hope they get together on one last tour for the fans, since they say that they do everything for us!!”

#KISSTORY – April 10, 2014 – #KISS was inducted into the Rock & Roll Hall of Fame during a ceremony at the Barclays Center in Brooklyn, NY.