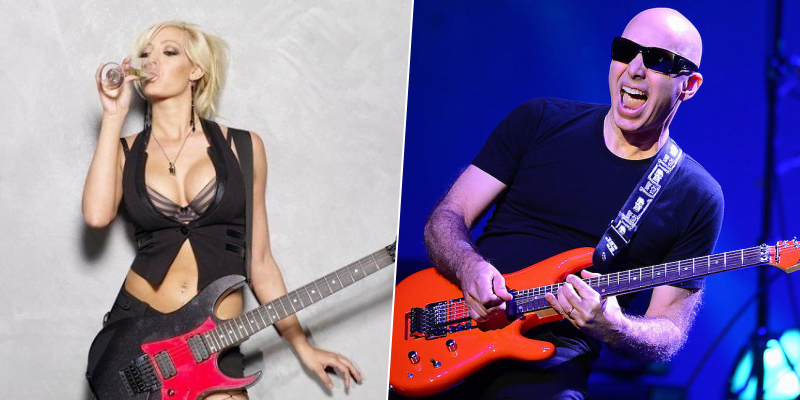 In a new appearance on Talkin’ Rock With Meltdown, the American musician Joe Satriani, who will be released his new album titled Shapeshifting on April 10, has discussed which artist impressed him with its stage performance and stated that Nita Strauss technique’s amazing.

When the interviewer asked, “What was the last time you saw a musician and you were wowed by them?”, Joe Satriani replied:

“I was down in Los Angeles not too long ago for the NAMM show, and I was standing on stage next to Steve Vai, and Paul Gilbert, the whole band, those guys are amazing, but Nita Strauss.”

Joe has repeatedly expressed how much he liked Nita. He said that although she has been a professional musician for a long time, she is still on a tour with Alice Cooper, but will soon have an explosion on the stage.

“She was really good,” he added. “She really brought it, she’s got the sound and her technique’s amazing. And she’s a really great performer, and it was really cool to see her just be able to flow with older players like myself and Steve and Paul and the younger players.

“And I just thought, ‘Well, that’s a mark of someone who’s going really far.’ Even though she’s been a pro for a long time, she’s out on tour all the time with Alice Cooper, as a solo artist, I think her time is coming. She’s about to explode on the scene.”

Shapeshifting is the eighth studio album of the Joe Satriani and the album consists of a total of 13 tracks.