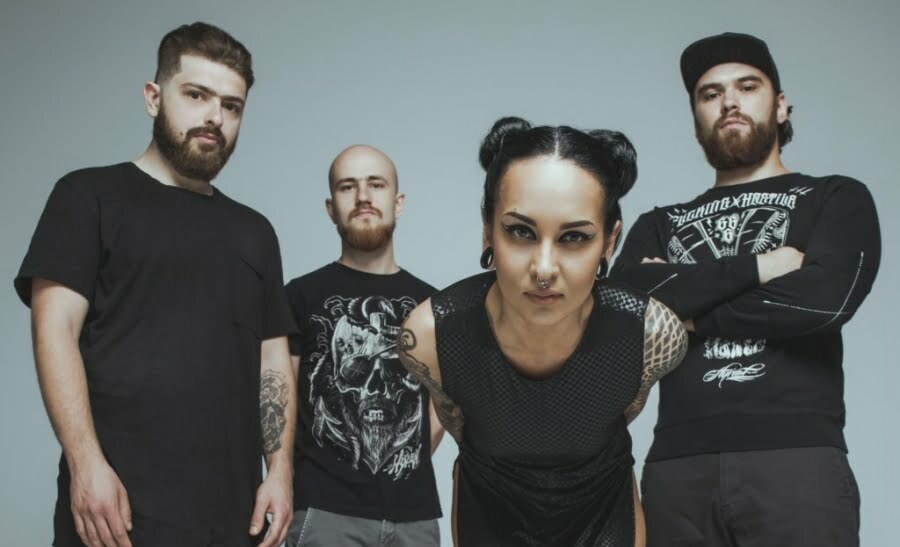 Ukranian heavy metal band Jinjer released new music video for ‘On The Top‘. The song is taken from the band’s new album, Macro. The album is produced by Napalm Records and will be released on October 25th.

Jinjer recently stated about the album: “Have you ever felt like a rat in a rat race? It seems like the world is spinning faster and faster every single day and everyone is going crazy searching for this thing called success. However, we tend to forget that real happiness has nothing to do with it – not a career, achievements, money etc. Is it really worth climbing up the ladder just to be ON to the TOP if there is nothing or no one there for you in the end? It’s okay to want to be the best you can possibly be, but just remember that success has its price but it’s up to you to decide how much you are willing to pay for it. It’s your choice to make but your burden to bear.”

Here’s the lyrics of ‘On The Top‘.

Unsatisfied need makes you push forward
Greed, striving for its reward
Like a racer on the mark, you burn your rubber
Like a starving shark looking for its supper
You run, run, run, run, run
Until it makes no sense
Your feet are sore but you’re still running
For accomplishment
In this eternal marathon for success
Another day, another dollar, undying motto of success

Slowly to the top
Is it lonely on the top?

The weak stepped aside, losers are crying

The weak stepped aside, losers are crying
The defeated will live in pain
You hit the top

No surprise!
But who will give you the prize?

It’s a race against yourself
Nobody else will meet you there, yeah