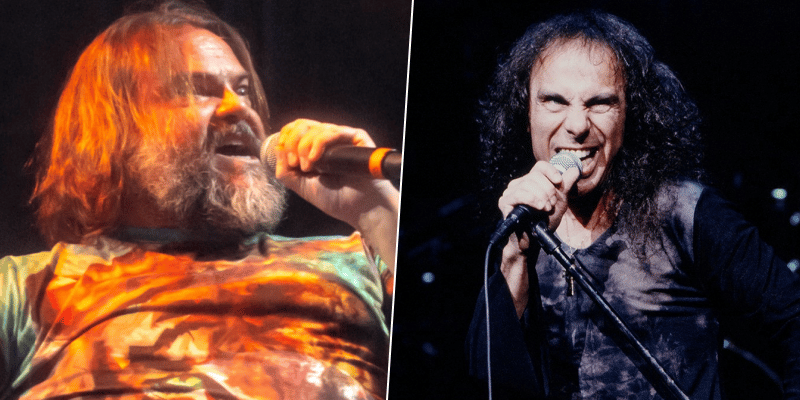 The American actor/singer Jack Black recalled the rare moment he lived with the heavy metal legend Ronnie James Dio, who died at the age of 67 due to stomach cancer, and paid his tribute to him on his 10th death anniversary.

When he remembers the music recording for the American musical fantasy stoner comedy film, “Tenacious D in The Pick of Destiny,” Jack touched Dio’s recording process.

“We wrote a song for Dio to sing in our movie Tenacious D in The Pick of Destiny,” he told to Billboard. “It was called ‘Kickapoo,’ and Dio’s section had kind of a ‘Neon Knights’ melody.

“I was nervous he’d be like, ‘You guys kind of stole that melody from me,’ but he was so cool and rad about the whole thing. No big rock star attitude.”

When Dio came to the play, he was brought his own microphone. But the producer told him that it wouldn’t be necessary.

“He brought his own microphone to the studio when it came time for him to lay down his vocal track. Our producer, John King, told him it wouldn’t be necessary since we had a state-of-the-art mic already set up.”

Jack also revealed how they reacted to Dio‘s voice.

“He did one take with John King’s mic, and Dio basically destroyed it with pure vocal sound, shredded the internal membrane or some shit. John was like, ‘Holy shit, that mic is toasted now.’

“Dio said, ‘Yeah, that always happens. That’s why I always bring my own.’ And so we had to set up his industrial-strength mic to record him, and that’s the take that was used in the movie.”

Ronnie James Dio joined Black Sabbath in 1979 after the firing of Ozzy Osbourne due to alcohol and drug problems.