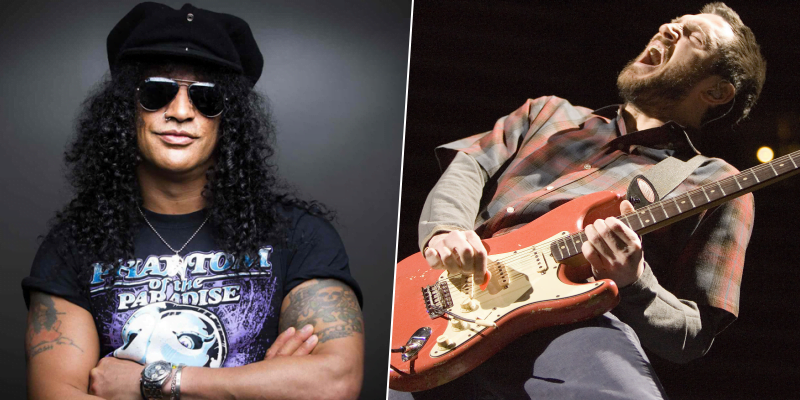 The photo shared by Slash was belonged to John Frusciante‘s first show with Red Hot Chili Peppers after almost 13 years on February 8 in Los Angeles at the celebration of Andrew Burkle.

In the photo, John looked very happy and looked glad to come back to the band.

“Happy Birthday John Frusciante,” Slash wrote in the caption of the post. Also, Slash put his iconic smile at the end of his sentence.

John Frusciante has joined Red Hot Chili Peppers on December 15, 2019, after the departure of the 10-year guitarist Josh Klinghoffer.