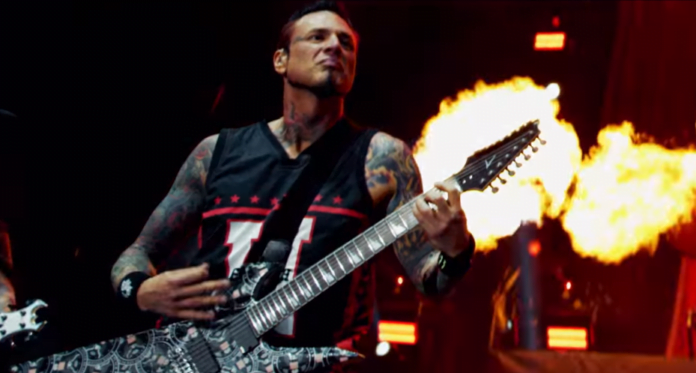 Five Finger Death Punch, who postponed its upcoming shows, are just unveiled the music video for ‘Inside Out’. The track is taken from their upcoming studio album ‘F8’, which will be out on February 28 via Better Noise Music.

The band’s guitarist Zoltan Bathory has just spoke about the album.

“We had an extremely successful, yet tumultuous couple of years as a band. We didn’t just weather the storm but came out on the other side better than ever.

It was a focused sober group recording, our most important album to date and without a question, it shows. This album represents rebirth, progression, transcendence both personally and musically.”

The album consists of a total of 16 tracks. The ‘F8’ tracklisting is as follows:

You can watch the official music video below.