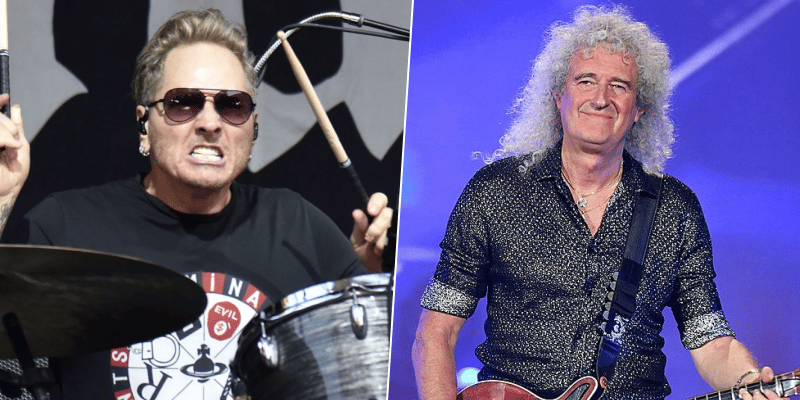 Ex-Guns N’ Roses drummer Matt Sorum named one of the greatest experiences he ever had with a recent conversation he made with “The 500 With Josh Adam Meyers” and recalled those special moments he lived.

When asked to choose the ‘perfect moment’ he ever experienced, Matt Sorum recalled the London show, which held at Wembley Stadium in 1992, where Guns N ‘Roses and Metallica played the opening show for Queen.

“Probably one of my greatest experiences was The Freddie Mercury Tribute, which was done at Wembley Stadium, and we were invited to open the show.

“It was us and Metallica, and then Queen came out; you can watch it on YouTube, it’s probably one of the most incredible shows. I mean, backstage was David Bowie, Annie Lennox, Robert Plant, Elton…”

When Matt continuing his words, he stated that Elton John and Axl Rose‘s “Bohemian Rhapsody” performance nailed it.

“Elton and Axl did ‘Bohemian Rhapsody.’ You’ve gotta watch it; they just crushed.”

He touched his meeting moment with British/American actress Elizabeth Taylor.

“I’ve gotta say, that night was just… I remember meeting Elizabeth Taylor – it’s in my book. I drank with Liza Minnelli and George Michael.

“Just, one of those nights that you just will never, ever be able to… It was sort of like being in a dream world. Walking out, going, ‘Wow!’ Wembley Stadium – sold out.”