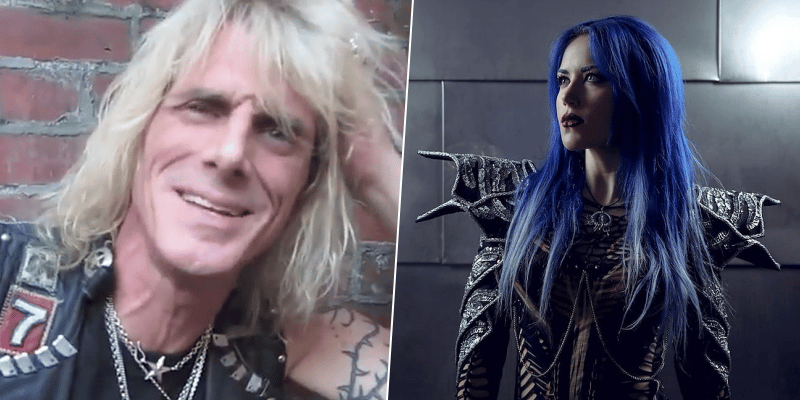 The Canadian singer Alissa White-Gluz, best known as the lead vocalist of the Swedish melodic death metal band Arch Enemy, has just updated her social media account with a new photo including her special moment with Jimmy Webb, who died at the age of 62 following cancer battle, and paid her tribute to him through it.

In the photo she shared, Jimmy was kissing her hand and was showing his respect to Alissa. Alissa looked happy about his behavior and she was smiling at the moment.

Alissa sent her tribute to him with the following words: “I would like to officially tell 2020 to fuck off now. But I know Jimmy wouldn’t approve of such negativity. You will be sorely missed.”

Alice Cooper‘s guitarist Nita Strauss has been appeared in the comments of the photo and shared her devastating.

“I can’t get my head around this,” Nita said.

The cause of Jimmy Webb‘s passing has not been confirmed yet, but one of the close friends of him, Iggy Pop, has revealed that he was battling cancer.

I would like to officially tell 2020 to fuck off now. But I know Jimmy wouldn’t approve of such negativity. You will be sorely missed. 💔