Alice in Chains guitarist Jerry Cantrell has recalled how he started playing guitar back in the day and disclosed that the guy his mother dated led him to hold a guitar.

Jerry Cantrell is a music icon that has been a member of Alice in Chains. Being a founder, guitarist, and songwriter of the band, Jerry Cantrell has contributed to the band’s every one of its releases. Including 6 studio albums, 3 live albums, 4 video albums, 5 compilation albums, 3 EPs, and much more stuff, Cantrell has been working hard to grow up his band’s discography.

If you ask when Jerry Cantrell officially started his musical journey, Cantrell was a member of his high school’s choir during his childhood. Firstly pick up the guitar when during sixth grade, Cantrell had received positive feedback at the time he played the national anthem at basketball games alongside his friends in the choir. After that day, his interest in guitar grew up like a mountain, and owned a guitar by the guy his mother dated at the time.

However, during a new appearance on Louder Sound, Jerry Cantrell opened up when he held the guitar for the first time ever. At first, Cantrell mentioned his inspirations back in the day. When the interviewer asked his inspirations, Cantrell respected Elton John, AC/DC, KISS, Iron Maiden, and Judas Priest.

“Elton John and Fleetwood Mac were big awakenings for me, as far as songwriting and what that meant and getting the magic of what that was,” Cantrell said when he was asked about his inspirations. “This was when I discovered the guitar as well, so there was AC/DC, Iron Maiden, Kiss and Priest… it was a huge time to be a music fan.”

Later then, the guitarist was asked if he remembered the time he held the guitar in his hands. Saying that it happened because of the guy that his mother dated, Cantrell stated that he learned his first chords from that guy. He also added that he got his first guitar from his mother, thanks to that guy.

“My mother got me my first guitar,” Cantrell reveals. “She was dating a guy at the time and he came over to jam with her. They were playing some tunes – she was on the organ and he was on the guitar – and I think I picked up a tennis racket and was miming air guitar with them.

“He was like, ‘Does he play guitar?’ and she said, ‘No’, and he got me over and showed me a few chords and I picked it up straight away. He said to her, ‘Maybe you should get him one, he looks like he’s into it!’

“She got me a little Spanish nylon string guitar, but it wasn’t until I got an electric guitar until it really kicked in. When I could hit that distortion and crank it up I really felt the power.”

Back in July 2020, Jerry Cantrell had remembered the time he wrote Alice in Chains’ Rooster, which was taken from the band’s second album. According to him, he was staying at Chris Cornell‘s place while he was writing the song.

“I remember writing ‘Rooster,’ I was staying over at Chris Cornell’s place, had a little guest room at the place out in West Seattle – a tiny little room, it just had room for like a little bed, it was kind of like a converted closet, I think,” Jerry recalls.

“And I couldn’t say yes, so that was kind of the first thing in me, kind of putting myself in his shoes, trying to take the blame off of him, and trying to make peace, and have a relationship with my dad again.⁣ 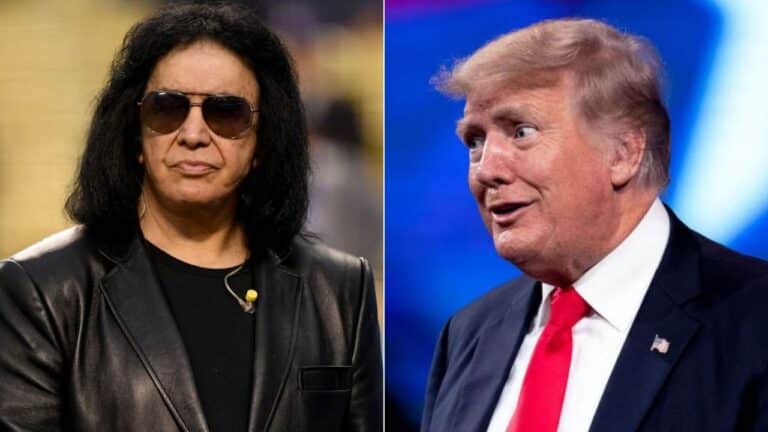 During a recent conversation with Lyndsey Parker, KISS bassist Gene Simmons has recalled the weird and disrespectful words Donald… Ritchie Blackmore, known for the classic guitarist of the rock band Deep Purple, has shared a special letter through… In a new interview with The Cassius Morris Show, Zakk Wylde has commented on the current health state of…