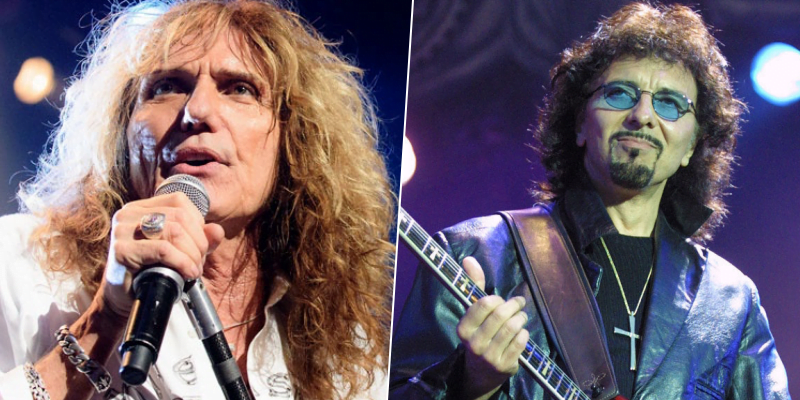 During an appearance with Gibson, Tony Iommi, the lead guitarist and one of the four founding members of the heavy metal band Black Sabbath, has looked back and talked about the times when Ronnie James Dio‘s parting ways from the band and revealed his rare-known conversation with David Coverdale.

After Ronnie James Dio‘s three-year tenure at Black Sabbath, Tony wanted to hire David Coverdale, even if the band agreed to work with Ian Gillan. He explained why it did not happen.

“I found David Coverdale and he just, he said, ‘Oh, I just god this band together, Whitesnake. Why didn’t you find me before?’ I said, ‘He [Dio] hadn’t left before, it’s happening now.’

“So there was a lot looking for another singer, and we would audition various singers, including Michael Bolton, believe it or not – he was one of them, which was an odd one. It just went on a bit, and we couldn’t decide.”

Tony Iommi has also talked Ian Gillan‘s joining to Black Sabbath. He said Ian doesn’t seem to remember the meeting because he got too drunk. He continued:

“So, that was another story with him. That was great, we had a great time; again, it was good. It’s challenging somebody else’s singing, it sort of gets you into a different vibe, and we wanted to make it a really heavy sort of album, but we worked at different hours because Ian would tend to stay up all night, and we wouldn’t.

“So he’d be up drinking his scotch in the kitchen and we’d go to bed and get up in the morning, he’s still there. [Laughs]”

On April 6, 1983, it was officially announced that Ian Gillan had replaced with Ronnie James Dio in Black Sabbath.