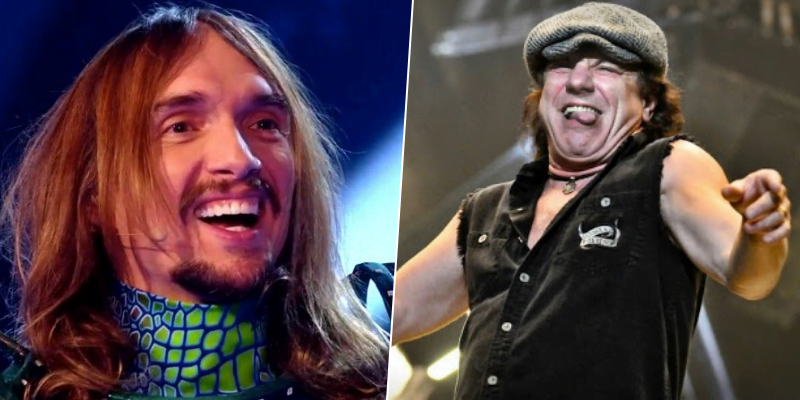 In a new appearance on Classic Rock Magazine, Justin Hawkins, the guitarist/singer of the British rock band The Darkness, has talked about the albums affected him and revealed that The Razors Edge from AC/DC has changed his life.

“Then somebody told me that if I really wanted to hear proper AC/DC, then I had to go back and check out the Bon Scott era. So, that’s what I did, and this has now become my favorite AC/DC album.”

Justin has also revealed a truth about himself and said that he wanted to be a combination of Freddie Mercury and Bon.

“It also changed my approach to everything. From then on, I wanted to be a combination of Bon and Freddie Mercury. To have Freddie’s vocals with Bon’s attitude. And Bon is the reason why I still used a microphone with a cable.

“Because he just looked so cool with it. I tried a radio mike, but it didn’t have the same feeling. For me, when it comes to AC/DC, you cannot better ‘Powerage.’”

The successful musician Justin Hawkins rocking the stage with The Darkness since 2000.

The Razors Edge is the twelfth studio album of the world-known band AC/DC, which was released on September 21, 1990. The album is the only album recorded with the band’s former drummer Chris Slade.