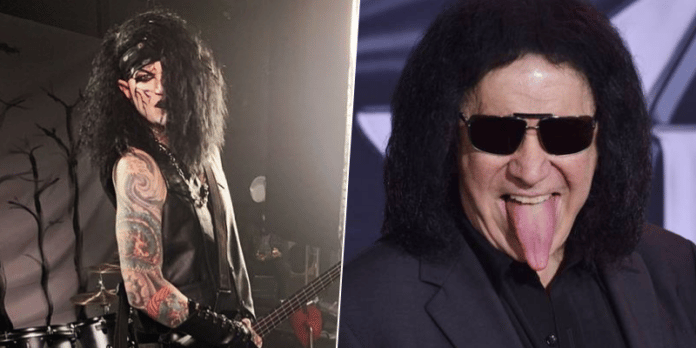 The American rock band Steel Panther, who released an official music video for the “Let’s Get High Tonight” on April 20, which taken from the band’s fifth studio album “Heavy Metal Rules,” has just shared a new photo about its new music video and revealed how they took their black metal portion to next level.

In the photo shared by Steel Panther, the band’s bassist Lexxi Foxx was standing while taking Gene Simmons‘ guitar.

Steel Panther mentions him while wrote the following words: “QUESTION: How do you take the Black Metal portion of your video to the next level?? ANSWER: You borrow a stage played bass from @GeneSimmons, that’s how!!! HUGE THANKS to Gene for the assist on this one…”

The photo attracted great interest by the fans. They stated that Lexxi looks cool whatever it takes.

You can find the post and listen to the music video below.

QUESTION: How do you take the Black Metal portion of your video to the next level?? ANSWER: You borrow a stage played bass from @GeneSimmons, that's how!!! HUGE THANKS to Gene for the assist on this one… Check out "Let's Get High Tonight” at the LINK in our BIO!