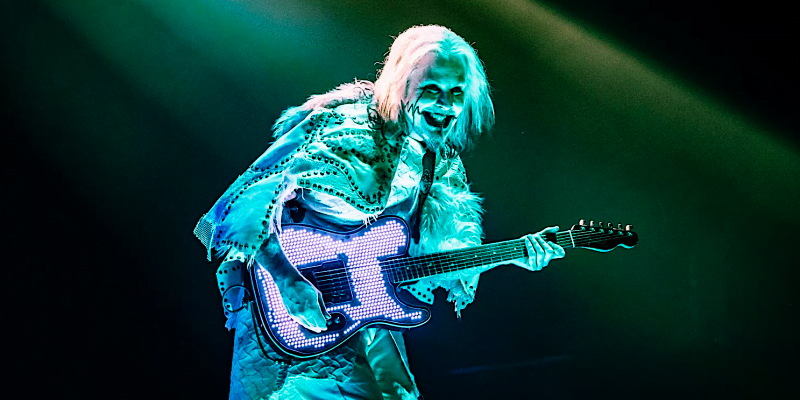 During an interview with Talkin’ Rock With Meltdown, the 48-year-old successful guitarist John William Lowery, best known by the stage name John 5, who took his stage name in 1998 when he left David Lee Roth and joined the industrial metal band Marilyn Manson as their guitarist, has looked back and revealed how he decided to do make-up.

When the interview asked, “When did you decide to do the makeup thing?”, John 5 responded:

“Well, I think it was very early on because I would go play the Hamtramck Pub, and the Falcon, and all these places… And I was young; I was, like, sixth grade, seventh grade, and I would wear makeup back then.”

Also, John explained that his make-up thing had a connection with the world-known rock band KISS and that he prepared a make-up kit for them at an early age.

“I loved KISS and all that stuff, but I was really into the theatrics of everything, and still to this day – I’m gonna be 30 years old soon [laughs] and I’m still doing it.

“It is a great question, I did have the KISS makeup set when I was, like, eight years old. I started putting it on back then and stealing my sister’s makeup and clothes.”

Also, John, who played guitar with David Lee Roth between 1998 to 2012, has talked about David Lee Roth‘s recent performance and shared his honest opinion about it. John said David doing wonderful and his sounds great.

John 5 is still going with his stage name and playing guitar with Rob Zombie.