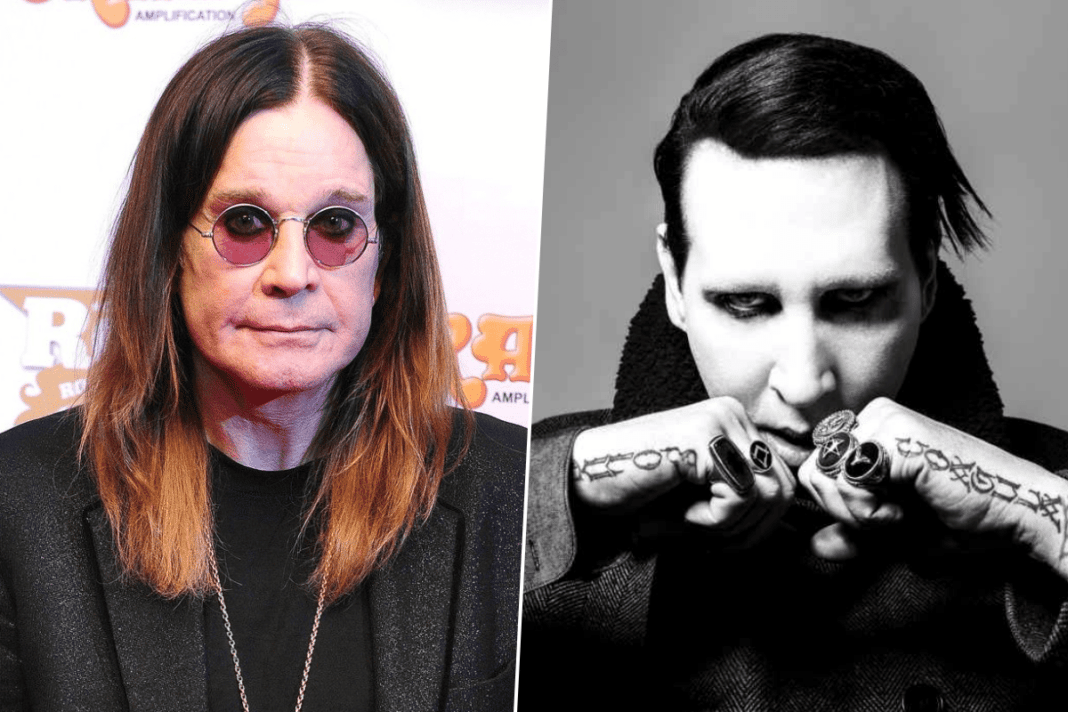 In a new interview with Consequence of Sound, the American music legend Marilyn Manson talked about Black Sabbath man Ozzy Osbourne and praised him because of his successful career.

Speaking about Ozzy Osbourne, Marilyn Manson took fans back to his childhood and remembered Ozzy Osbourne’s debut album, ‘Blizzard of Ozz.‘ While he was mentioning the album, Marilyn also touched Ozzy’s reality TV show and shared his opinion on it.

“But I just remember that he had this strange mystique that he’s never really escaped from, despite the fact that he even had a reality TV show.

“Somehow his music outlived that [show]. That’s something I would not have done ’cause I would never want to share my personal life on reality TV. But his music completely exceeds that, which I find to be amazing.”

He also recalled his youth years and said that he had a ‘Shot in the Dark‘ poster on his room’s wall. Marilyn concluded his words by touching Ozzy’s character and said he is an interesting person.

“I remember having a ‘Shot in the Dark’ poster on my wall, in 10th grade I think, and it was so great to have gotten to tour with him and with Black Sabbath, as well.

“And he’s always been a very quiet and interesting person. We bonded over painting, strangely enough, at one point on tour.”