Formed in 1994, American nu-metal band Limp Bizkit have recently announced that they will play a new show at The Roxy in West Hollywood, CA, on December 3.

Tickets go on sale this Friday, November 29th, at 7 am PST.

The band’s lineup consists of Fred Durst on lead vocals, Sam Rivers on bass and backing vocals, John Otto on drums and percussion, DJ Lethal on turntables, and Wes Borland on guitars and vocals. 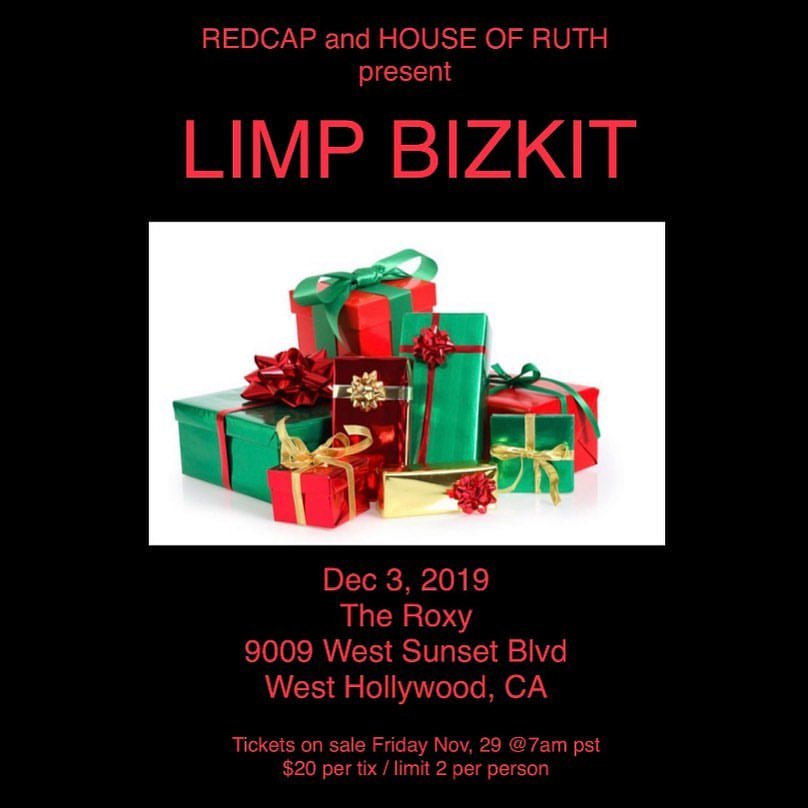