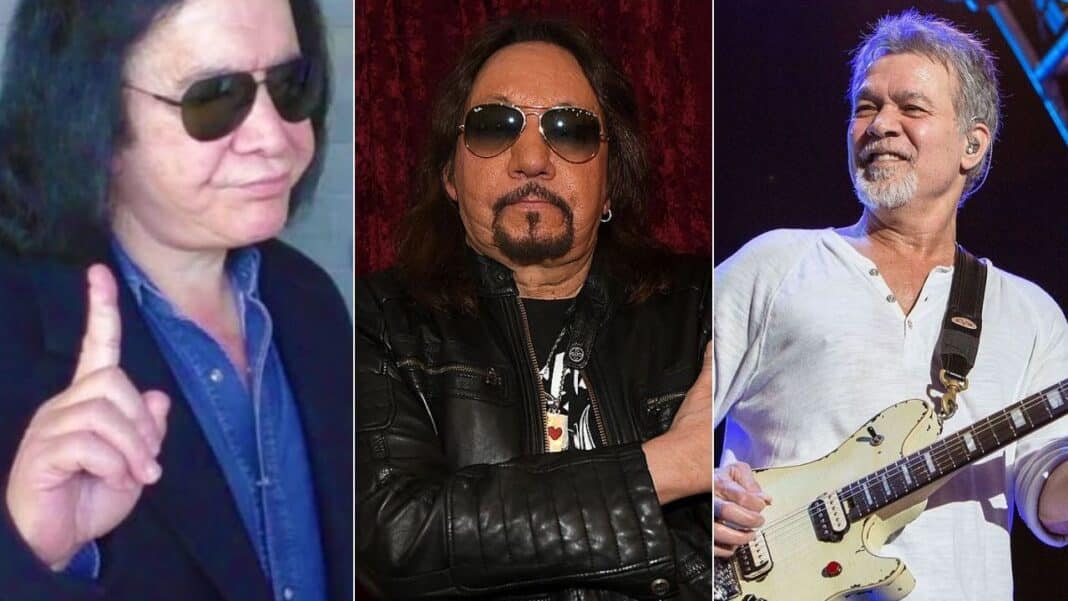 ‘Christine Sixteen’ is a song taken by KISS’s sixth album called ‘Love Gun,’ which was released in 1977 and beloved by many fans. According to Gene Simmons, Eddie Van Halen has appeared on the original demos of the album with his brother Alex Van Halen.

Speaking about the solo, Gene Simmons admitted a fact and stated that he forced Ace Frehley to do that solo note-for-note. He also remembered Ace Frehley’s reaction to his request and mocked him while imitating his voice.

Firstly, when the interviewer asked if he ever jammed with Van Halen in the studio, Gene Simmons replied:

“Well sure; actually, my boxset – it’s actually the largest boxset of all time, called ‘The Vault’ – when KISS came back from Japan in the late ’70s, for some reason, in the middle of the night, I couldn’t get to sleep – jetlag and stuff.

“And often I’d get in and play all the instruments, but it would take forever ’cause I’m not a great drummer.

“So I called up the guys, and both Alex and Edward showed up at the studio late at night/early morning, and we cut those three songs.