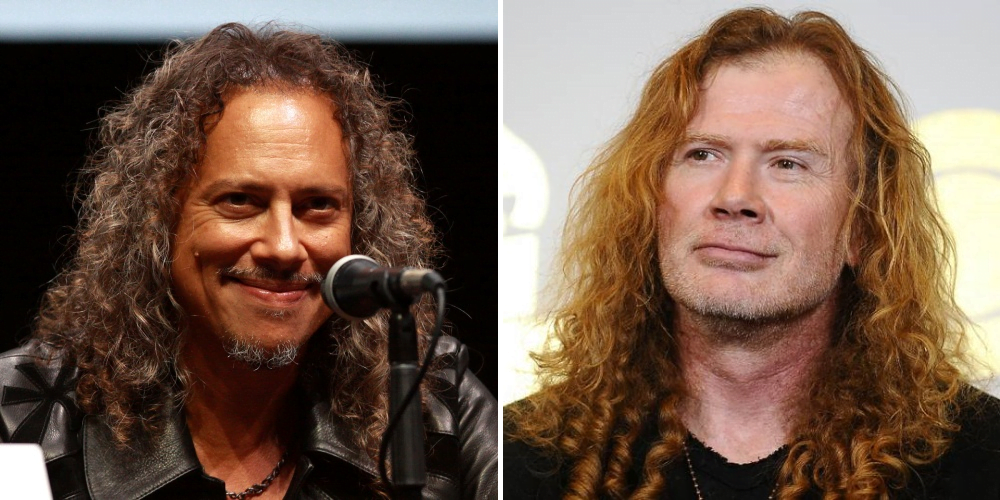 In a recent conversation with Let There Be Talk podcast, Kirk Hammett, the lead guitarist of the American heavy metal band Metallica, who joined Metallica after the firing of Dave Mustaine, has talked about Metallica’s relationship with Megadeth founder Dave Mustaine and state that its “totally changed” after the “Big Four” shows at Metallica’s 30th-anniversary concerts.

“It was a very, very, very cool thing. It’s probably one of our best experiences as far as celebrating the time that has passed, for sure.”

He continued: “It’s weird. When we brought Ron McGovney and Dave Mustaine on to play those shows, something happened and it really just improved our relationship with those guys tremendously – especially with Dave. After those shows, Dave’s whole attitude toward us just fucking turned around. … Something happened, and our relationship with him just completely totally changed and got much, much better.”

“I think what had happened was he actually found some closure by coming up on stage and playing with us. And I remember, my attitude was, ‘Dave, play whatever you want, man. If you wanna take all the fucking solos, I’ll play rhythm guitar. It’s no big deal to me.’ And I remember him looking at me, going… He was just, like, looking at me, going, ‘Okay.’ But I can tell that was not what he was expecting to hear from me.”