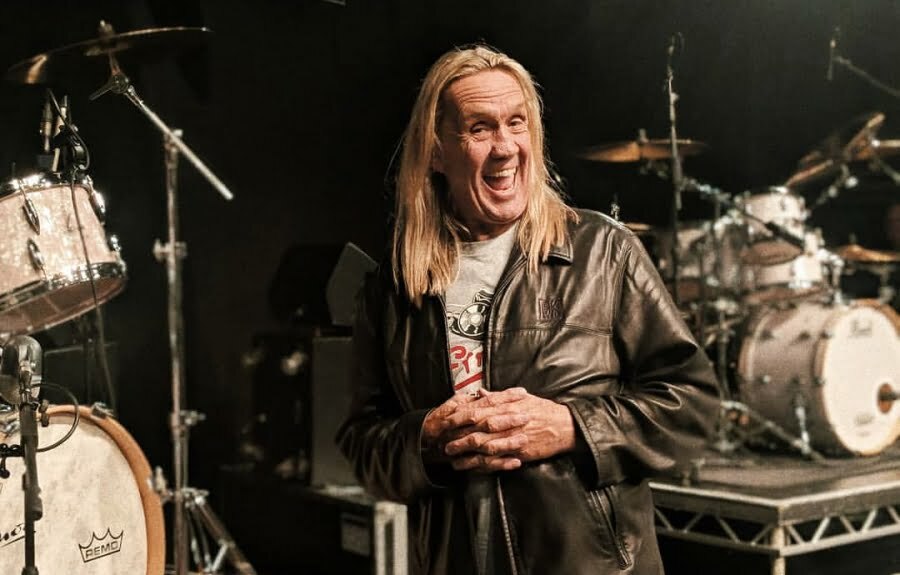 In a recent conversation with Cosmo Music, Nicko McBrain, the drummer of the British heavy metal band Iron Maiden, has recalled when and how he started to play drums and talked about one of the greatest drummers of all time, Joe Morello. Nicko stated that when he first saw Joe, he was playing a drum solo live on telly with Dave Brubeck and ‘Take Five’, and very impressed.

You can read what Nicko exactly said about Joe Morello below.

“Well, first of all, Joe Morello was the guy. I saw him do a drum solo live on telly with Dave Brubeck and ‘Take Five’, and I remember seeing this guy and I went straight to the television.

He didn’t have real dark sunglasses but he had the shades on, and he just flew around his drum set, dad was up there ironing; I said, ‘Dad, who’s that?’. He said, ‘That’s Joe Morello.’ ‘Joe who?’ ‘Joe Morello, son.’

I said, ‘That’s what I want to do.’ He goes, ‘You’ll never be as good as Joe Morello,’ and I went and picked my mom’s knives out, beat the shit out of my mom’s cooker and, you know, thinking I was Joe. I’ve just seen him play, he inspired me, made me pick up a pair of sticks.”

Listen the full conversation below.