The 2020 South American Lollapalooza lineups have been announced. The festival will takes place in late March and early April in Argentina, Brazil and Chile. Guns N’ Roses, Travis Scott, The Strokes, Lana Del Rey, Martin Garrix, and Gwen Stefani will play at all three.

Lollapalooza Argentina will take place between March 27 and 29 at Hippodromo de San Isidro in Buenos Aires.

Lollapalooza Brasil will take place between April 3 and 5 at Autódromo de Interlagos in São Paulo.

Lollapalooza Chile will take place between March 27 and 29 at O’Higgins Park in Santiago. 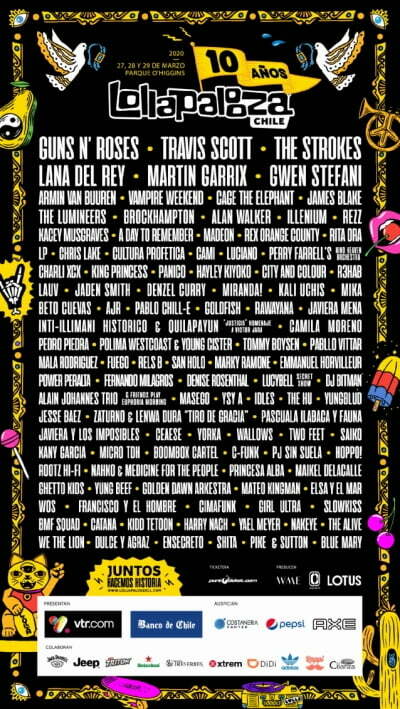 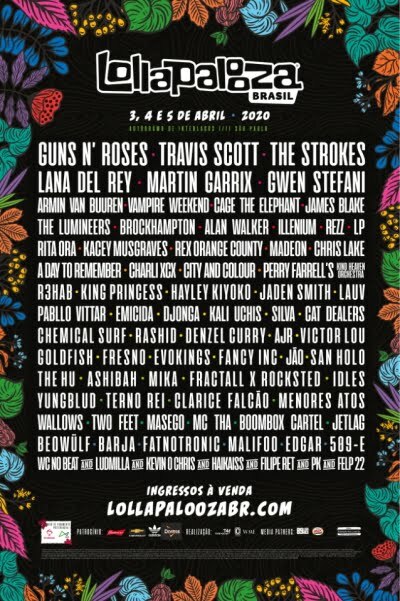