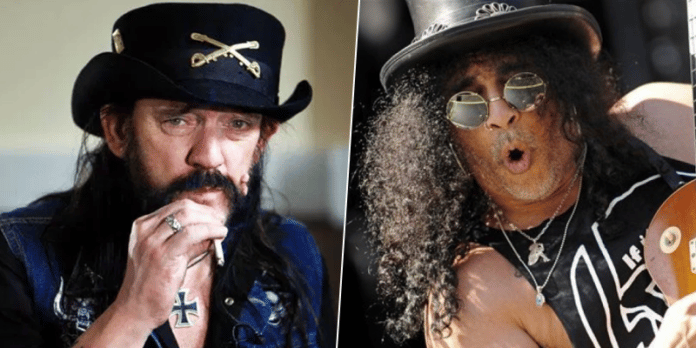 The 54-year-old artist Slash, known for his guitar career with the rock band Guns N’ Roses, has just added a shared a new photo including Motorhead legend Lemmy Kilmister, who died at the age of 70 due to cancer struggle.

Recently, one of the important guitarists of rock n roll community, Slash, appeared on his social media once again and paid his tribute to the legendary guitarist with it.

In the photo he shared, Lemmy Kilmister was sitting in a car and looking at the outside while his arm was out. When we look at his style, Lemmy was wearing his iconic hat and sunglasses.

Slash posted the photo with the following caption: “iiii]; )’”

As a response to the legendary guitarist, many fans wrote how a great man Lemmy was. A couple of them met on one thought and stated that he is the god of music.