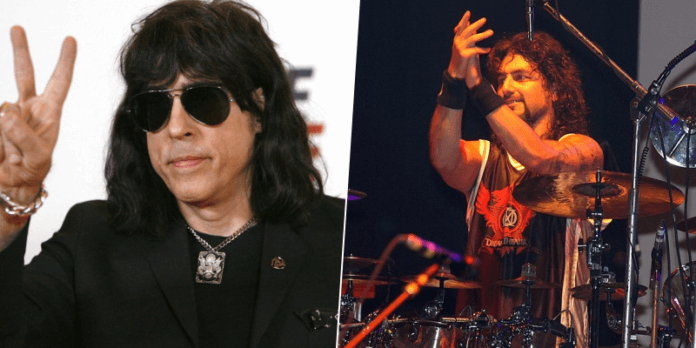 The world-star artist Mike Portnoy, known as his 25-year effort with the Dream Theater, has revealed an important truth about himself and stated that he was the biggest Ramones fan on his youth.

With one of the rarest photos of himself shared through his social media pages, Mike Portnoy mentioned the American punk rock band Ramones and recalled the rare-known moment he lived with them.

Mike Portnoy describes those days with the following letter: “Something ULTRA COOL coming in about an hour! (uploading now) Standby… #gabbagabbahey.⁣”

Mike has also added the continuation of the story in the comments of the post and wrote: “I was the BIGGEST Ramones fan on earth back around ‘80/‘81 (Look at my jacket in this photo – which they all signed BTW). Saw them play many times back then, but this was taken New Years Eve ‘81/‘82 where I was taken backstage and met them in their dressing room!⁣”

The photo attracted great interest by the fans and the followers who saw it. You can find the post he shared below.

Something ULTRA COOL coming in about an hour! (uploading now) Standby…😜 #gabbagabbahey