Subscribe
NEWS METAL Corey Taylor Admits Clown Has ‘Serious Issues’ and There’s No One To... 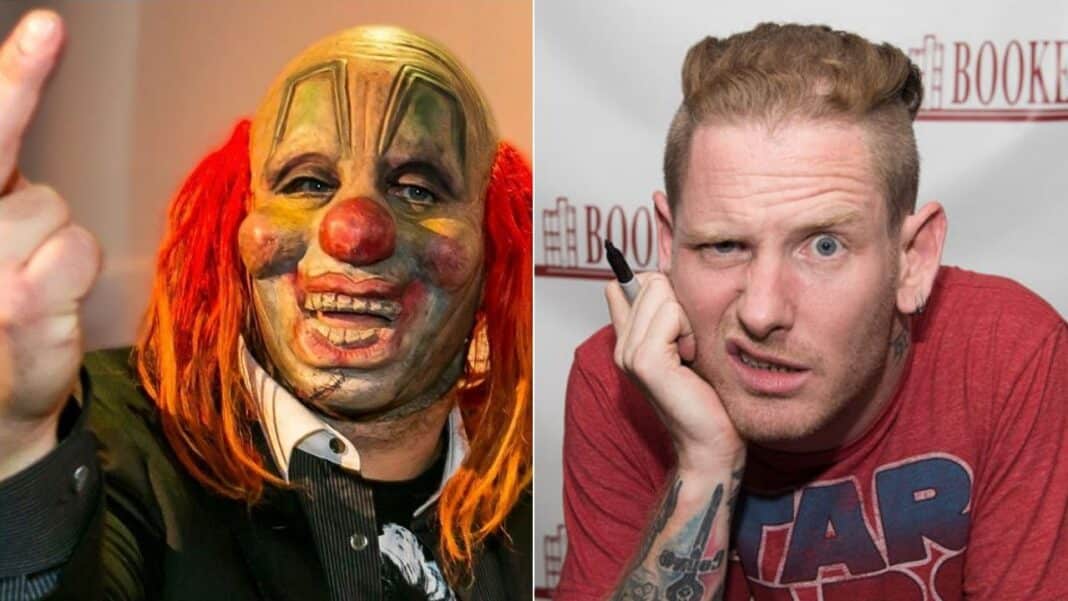 Slipknot frontman and singer Corey Taylor made his recent appearance on The Bertcast podcast and discussed the current situation of his longtime bandmate, Clown, aka #6 and Shawn Crahan.

“Oh, dude, you have no idea – we could tell it was going to be a special night because he’d be like rubbing his belly good, and they come out on stage, and he’d have shit in both his hands.

“And he’d be throwing all over, and it’s on my fucking face… So now, not only do I have to sing this crazy shit but I have Clown’s poop running down my fucking mask. And if I wipe it off – I’m a puss.”

Corey Taylor continued and said Clown and Sid Wilson used to light his legs on fire every night, adding, “We’d be playing ‘Scissors,’ from the first album, and the whole second half of that song, we would make up.

“The first half, we would do our thing and it was exactly how we wrote it, but then the second half was all made up – full-on artistic playing with pedals, and I’m doing poetry, a crazy stream of consciousness shit…”

Corey Taylor concluded, remembering one of the weird stories he lived with Clown and said, “So I’d be on the ground, and unbeknownst to me here come Sid and Clown from behind me with lighter fluid, and they’re fucking soaking my legs.

“So I’m in like this crazy trance, and I’m singing, and all of a sudden, ‘Fuck, why are my legs hot?’ I’m rolling around and… Oh, dude, yeah, it was insane.”