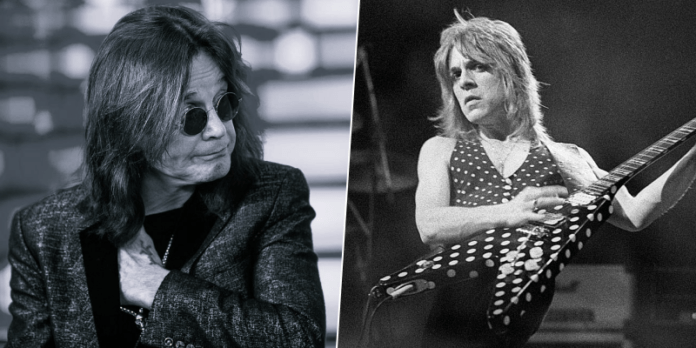 The 71-aged singer Ozzy Osbourne, who rose with the English heavy metal band Black Sabbath as the lead vocalist, has just updated his official social media account with rare-known photos that featuring Randy Rhoads and paid his tribute to him on his birthday.

In the post shared by Ozzy Osbourne, there was a 4-photo collage. In the first photo, Ozzy Osbourne grasped Randy Rhoads in his right leg and lifted it up. In the second, third and fourth photos, Ozzy and Randy were rocking the scene side by side as always.

“‪Rest In Peace My Friend. #RandyRhoads Forever,” Ozzy wrote in the caption of the photo.

In the comments of the photo, many fans expressed that Randy Rhoads is the main reason why they picked up the guitar. They also wrote that those photos are the greatest photos of the Ozzy Osbourne and Randy Rhoads.