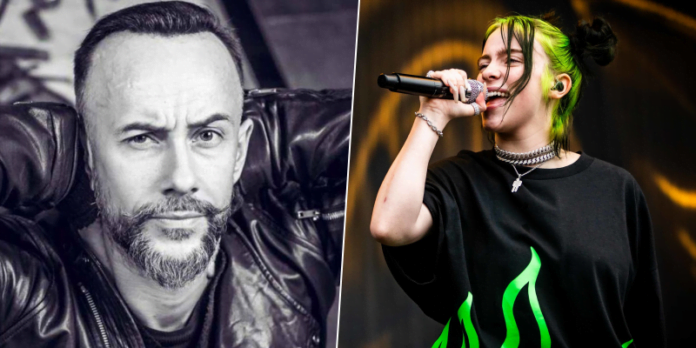 In a new interview with Ultimate Guitar’s David Slavković, Adam “Nergal” Darski, the lead vocalist of the Polish extreme metal band Behemoth, has talked about the current state of music industry and praised the American singer Billie Eilish because of her success.

Ultimate Guitar interviewer David talked about some significant changes that rock and metal music have in the past decade. He also mentioned that the definition of some genres has changed and that names such as Billie Eilish and Imagine Dragons are being labeled as alternative rock music. Nergal said:

“Honestly, I don’t know man,” he said. “I can respect what Billie Eilish does. There are newcoming bands that seem to be exciting, like Greta Van Fleet. They’re one of those artists that should grow big. And why not? Even though they confront a lot of ripoff accusations and shit. But I’m, like, ‘Seriously?’

“I mean, we all like stealing from each other. Just fuckin’ relax people. It’s cool to see teenagers just growing that big and just being talented. I really dig that.”

Nergal stated that the ticket sales for shows are growing bigger and bigger.

“So I don’t think it’s that bad as some people try to present that.”

Nergal rocking the stage with Behemoth since 1991.