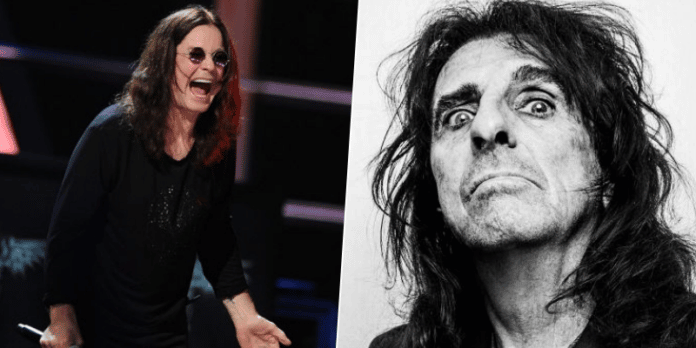 The American rock legend Alice Cooper has just sent a new photo featuring Ozzy Osbourne, also known as The Prince of Darkness, and his wife Sharon Osbourne and revealed a rare-known photo of themselves.

In the photo shared by Alice Cooper, one of the legendary names of rock n roll world, Alice Cooper and Ozzy Osbourne, were posed side by side and they looked happy. When we look at the Ozzy Osbourne, he was wearing his iconic glasses and cross necklace as usual.

Also, with the caption of the photo, Alice announced that they will be looked back to 1994 with Ozzy Osbourne on this week’s Vintage Vault Podcast.

Here’s the statement shared by Alice Cooper: “This week’s Vintage Vault Podcast goes back to 1994 with the Prince of Darkness, @ozzyosbourne Osbourne. Tune in and subscribe @applepodcasts. #VintageVault #Podcast #AliceCooper #OzzyOsbourne.”

While the fans commenting on the photo, they stated that they were happy to see Alice and Ozzy in the same frame.

This week's Vintage Vault Podcast goes back to 1994 with the Prince of Darkness, @ozzyosbourne Osbourne. Tune in and subscribe @applepodcasts. #VintageVault #Podcast #AliceCooper #OzzyOsbourne