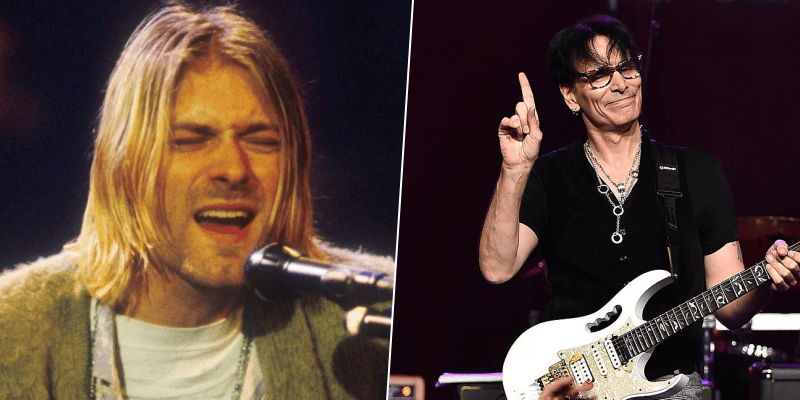 During an interview, the legendary musician was asked if there something engrained in Kurt that set him. Steve Vai replied to the question by saying that “their intention.”

When the interviewer Justin Beckner said, “There are a lot of players at his level of technical proficiency, but there is only one Kurt Cobain. Was there something engrained in Kurt that set him, and others like him, apart from other players at his level, and makes his music more impactful?”, Steve Vai answered:

“Yes. Their intention. When the intention is strong, nothing will stop them. Kurt Cobain is a good example of that. He just did the music he wanted to do – that’s what my take is on it.

“When I hear him and I hear that band, I don’t know how much music theory or anything like that he knew, but he was able to develop enough technique to get his point across. He didn’t have a virtuoso technique, but he didn’t need it.

“You’ve got to keep in mind that his style of playing – those chords and the way he would arpeggione chords and then go into that blasting kind of thing. All the years I spent practicing scales and virtuoso type riffs, he was locking onto these chords in a very connected way.”

He exemplified his sentences.

“I see that with guys like Billie Joe Armstrong too.

“When you see that guy strumming chords, it’s virtuosic in a sense because it sounds like an orchestra when he slams that guitar – every string has its own zip code, you know what I mean? Kurt was like that too.

“A lot of people might not look at him as a virtuoso but he had a connection with the thing he was doing. He found his comfort zone with his technique. Everyone is doing that.

Nirvana frontman Kurt Cobain died at the age of 27.