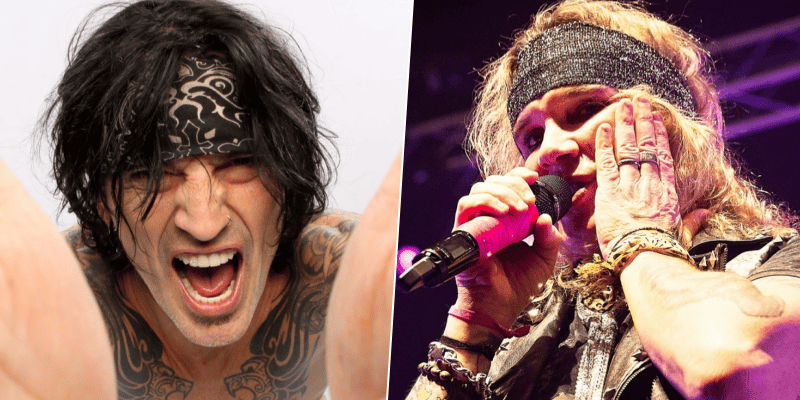 As many of you remember, Motley Crue members were said during a joint tour with Def Leppard in 2011 that they don’t like Steel Panther much. Lastly, when the singer Michael Starr said about Vince Neil that he is one of the rockstars that he would bring back from death, he was reacted greatly by Motley Crue.

Recently, in the 13-min interview, the successful singer told words to end the disbelief when he was asked what happened exactly. He admitted that he would say ‘hi dude’ if they run into each other and that Motley Crue influences his musical taste.

“Hopefully, that thing was just like a blip in the, you know, heavy-metal news for now. I think if we were to run into each other, I myself would totally be, ‘What’s up, dude?’

“That’s the last thing I wanna do, is have a band that influenced my musical taste and direction be mad at me. But sometimes there’s really nothing you can do about that kind of stuff. You just have to live with it.”

While he continued to his words, Michael stated that the feud between Steel Panther and Motley Crue is silly. He also finished his words revealing what he would say to hem if they were in the same room.

“People were saying, ‘What are you doing? Why are you guys arguing?’. And I was like, ‘Yeah, you’re right. Why are we arguing?’ It’s silly. There’s no reason to do that, and it’s over social media.’

“And I know if we were at a festival or in the same room, I’m not gonna ignore the guy. I’m a fan. I’m gonna go up and say hi. And if he wants to not be my friend, then that’s one thing, but I would totally walk up to him and say hi.”

Michael Starr rocks the stage with Steel Panther since 2000.