The bassist of the heavy metal band Megadeth, David Ellefson, accused of harshly of grooming an underage girl. His private and personal conversations and photos leaked disrespectfully by a person on social media.

The person who leaked his personal and private conversations and videos had some solid proofs about that.

Recently, an Instagram user @woahworst has been updating his stories to make flash comments about David Ellefson that might surprise rock and Megadeth fans.

According to him, David Ellefson sends unacceptable and shameful messages and videos to young girls. The person who sent claims had serious proofs about the issue.

In the social media stories, the following photos have been published: 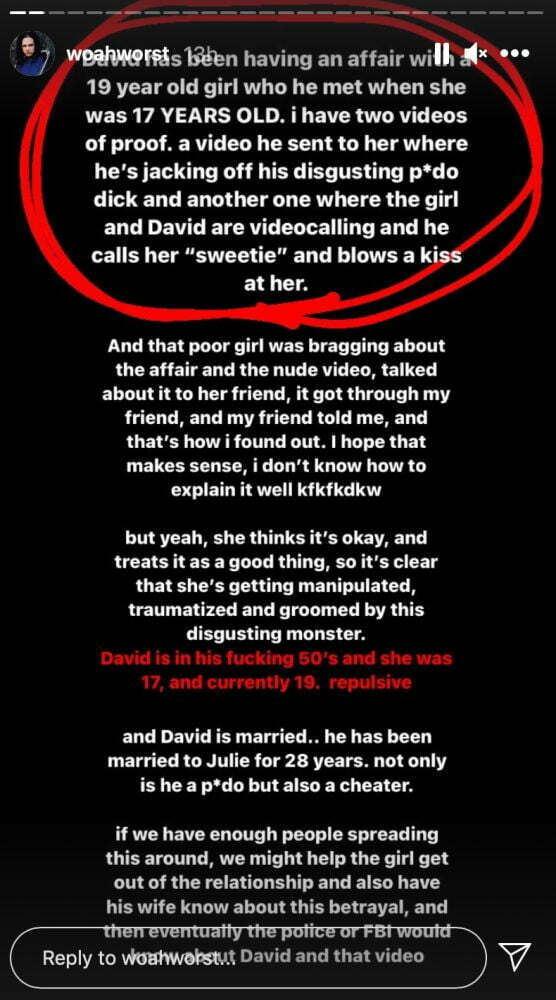 After his statement, fans expressed their devastating in the comments. Most of them believed that his statement made the situation worse.