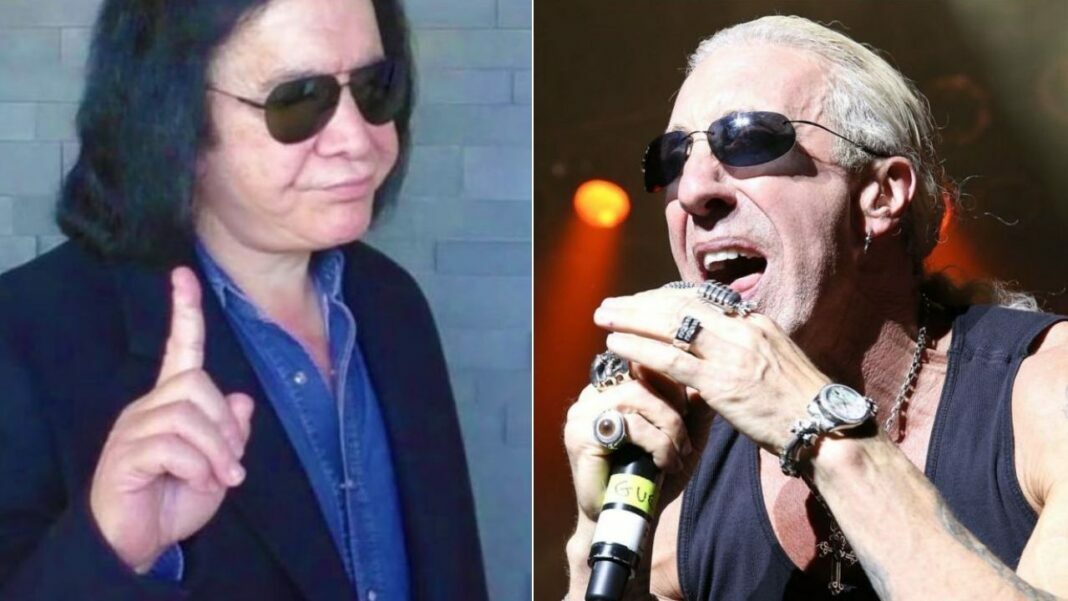 As some of you might remember, Simmons told Q104.3 New York that “rock is dead.” He also added his words that “the culprits are the young fans and they killed the thing that you love.”

Recently, Dee Snider made a new appearance on Consequence and touched on Gene Simmons, and his rock is dead claims.

Speaking about Simmons, Snider blasted him and showed off why he disagrees with him. He said that he makes him crazy, although he loves him and KISS.

“He makes me crazy,” Snider said. “I mean, I love him, I love KISS, but I wish he would just shut the hell up with this. And he doubles down on it.

“This statement of, ‘rock’s dead, there are no rock stars, don’t bother,’ all that shit, it’s just so self-serving and self-absorbed. It’s selfish.

“It’s, like, ”Cause it’s not doing it my way, it doesn’t have value. It’s not the way it was when I was coming up, so it’s not rock and roll anymore.’ Anyway, that’s bullshit.”

At the time, Simmons explained the reason why he told rock is dead: “Because as soon as streaming came in, you took away a chance for the new great bands who are there in the shadows, who can’t quit their day job because you can’t make a dime putting your music out there, because when you download stuff, it’s one-hundredth or one-thousandth of one penny.

“And so you’ve got to have millions to millions, and even billions of downloads before you can make a few grand. And the fans have killed that thing. The business is dead, and that means that the next Beatles or the next whoever is never going to get the chance that we did.”

He continued: “We had record companies that gave us millions of dollars so we can make records and tour, and not worry about a nine-to-five [job]. Because when you’re worried about nine-to-five, you don’t have the time to sit there and devote to your art whatever that is.

“From 1988 until today, who’s the new Beatles? That’s more than 30 years. That’s around the time when Napster and all that stuff started to happen. The fox goes in and steals that first egg from the chicken coop, and when the fox isn’t killed, all the other foxes say, ‘Hey, we can get eggs for free.’