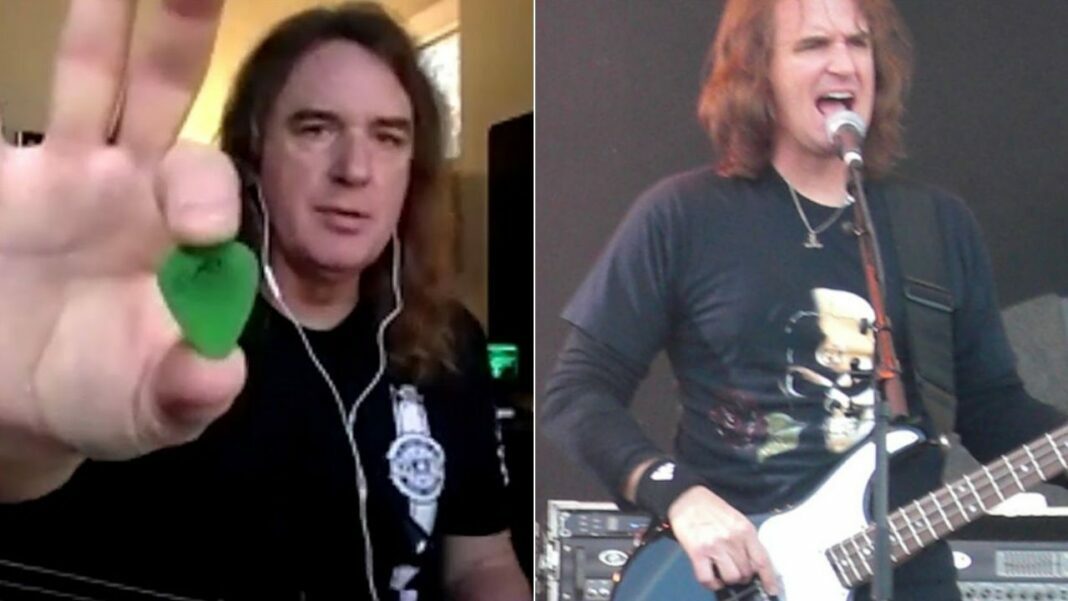 David Ellefson, the bassist and co-founder of the heavy metal band Megadeth, has discussed behind the truth of his moving to plectrum after all those years and revealed how he decided to play with a pick in a recent interview with Guitar Summit.

Speaking about his decision to pick a plectrum to play his remaining performances, David Ellefson said that he learned all that stuff with his fingers. According to David Ellefson, it was a decision that affected his career, and it was a survival tactic.

David Ellefson said, “I learned how to play when I sat at home with my ‘Mel Bay Electric Bass Volume 1,’ learning to play the scales right and learning the notes on the neck, and all that stuff.

“I, [of course], learned with my fingers. As I got into the real world of playing in bands, and I just had these little amps, playing with guitar players who had 50-100-watt Marshall half-stacks and against big loud banging drummers…

“I couldn’t hear myself. So I grabbed a pick and all of a sudden it was like I could dig in and get a percussive attack that allowed me to be heard.

“And that was why I picked up the plectrum. It wasn’t because I was trying to be like somebody else, it was literally a survival tactic.”

Elsewhere in the interview, David Ellefson explained what’s the bass playing and said it’s all about three things, adding, “Actually, all of the music: What note you play, where you play it, and how long you play it. That’s music.”