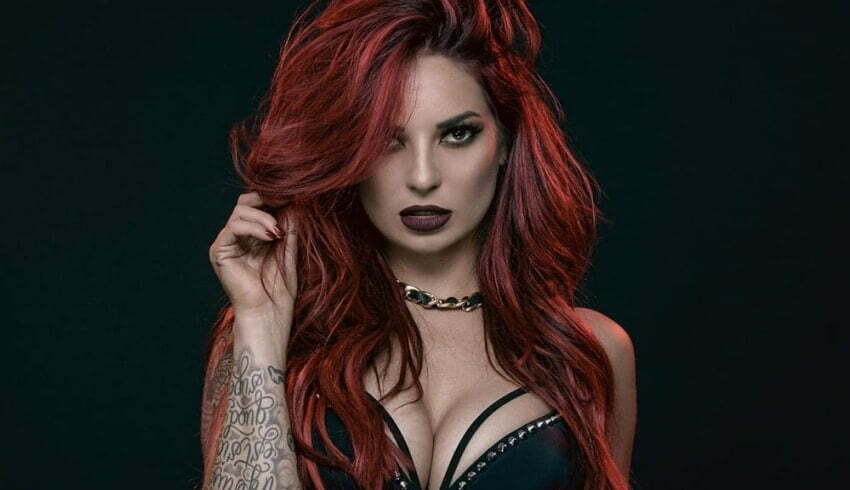 During a conversation, when she was asked what she thinks about her husband Corey Taylor, Alicia Dove replied:

“He’s just the best human ever. And when I say that, I really mean it. And I’m not just saying that ’cause he’s my husband – he really is the best human. He is kind, he’s an amazing father, he’s an incredible friend, he’s a kick-ass bandmate – he’s just there for everyone in his circle. And he’s there when I need him, and he’s supportive, and he’s genuine.

“I mean, in our industry, you don’t see that a lot, and I was kind of leery of it when we first met – I was, like, ‘There’s no way this guy is… He’s just a ‘Rico Suave’ smooth talker.’ But he really is that good in here [points to her heart]. And he’s incredibly intelligent, so we can sit and talk about things for hours, about anything. And it’s just really fun to hear his thoughts on it… And he’s a lot of fun.

“He’s a big, ol’ goober. We can sit there and laugh and laugh and laugh. And he’s a blast. I not only love him, but I like him. And I think that’s so important when you’re with somebody – you have to like each other as people.”