Slipknot frontman and singer Corey Taylor’s wife Alicia Taylor, also known as the director and a founder of the rock dance group Cherry Bombs, has just shared a new photo to show off her beauty and express her missing to old days.

In the photos shared on Instagram, Alicia Taylor was wearing a latex and posing in a photo-shot. She sent three photos from the photo-shot and showed off how beautiful she is in latex.

In the first photo, Alicia was looking somewhere while posing in front of the camera. Her gaze was very sharp and determined.

When people swiped and reach the second, they saw Alicia’s right side. Also, she was holding her booty and posing while her eyes were closed.

In the third and latest photo, most of Alicia’s body was visible. While posing with her latex, Alicia looked stunning as ever.

“Oldies but goodies with latex by @houseofharlot // @iristhespiderlatex and photos by @radiant_inc,” Alicia Taylor wrote in the caption of the photo.

In the comments, people were appeared to talk about her beauty. While follower writes, “The red/black hair mix is awesome asf,” another fan wrote, “Gorgeous!! I need that outfit!”

You can find photos below. 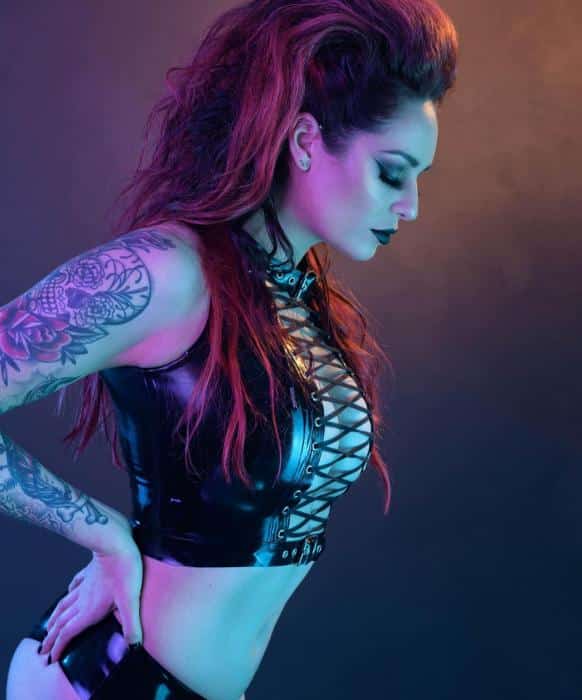