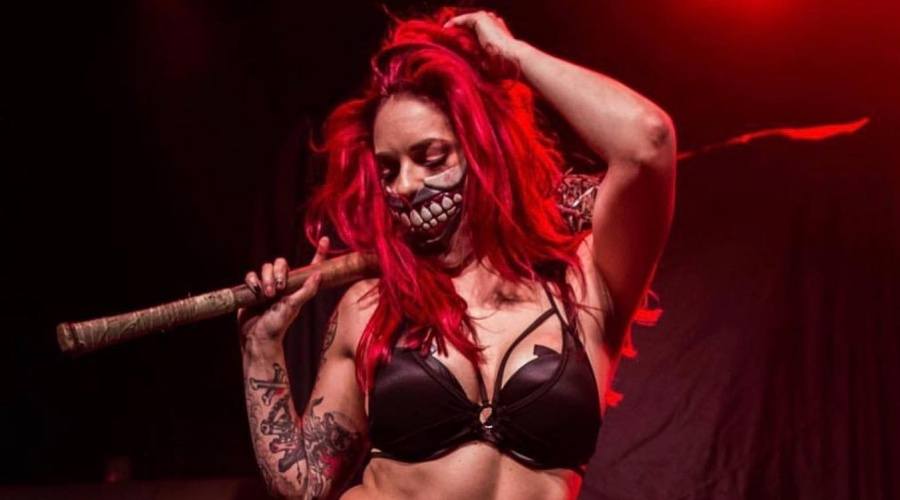 Slipknot singer Corey Taylor’s wife, Alicia Taylor, has recently shared a new photo to show his gorgeous body to her fans and contacted fans in a special way.

In the photo she shared through his social media, Alicia was sitting on the wall. She was shining with her red hair while showing her gorgeous body. Alicia was wearing only a black bra, black panties, and black boots.

When she sent the photo, Alicia wrote nothing in the caption except the guy who took the photo. The photo belongs to Tyler Capehart.

Also, her pose attracted great interest from people who follow her. When a fan named William writes, “Am I the only one who though this was Upon a Burning Body’s album cover lol. Straight from the Barrio also great pic,” Alicia replied his comment and said:

“Mannnn I just realized this too!”