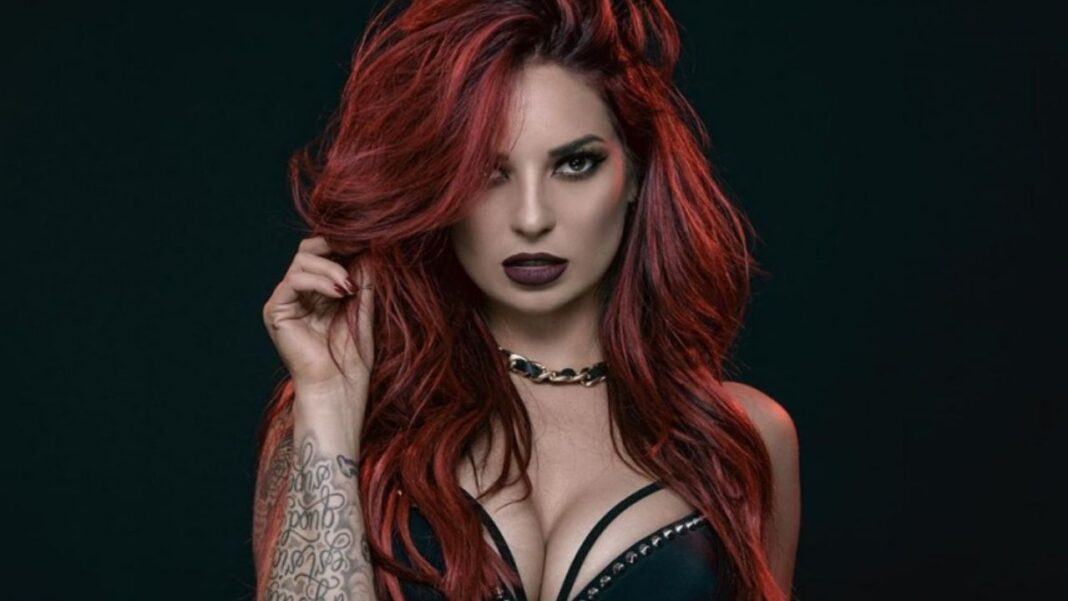 The American heavy metal band Slipknot singer Corey Taylor‘s dancer wife, Alicia Taylor, who is known as the director and a founder of the rock dance group Cherry Bombs, has just sent a new photo through her social media accounts and showed off her stunning beauty in a super-tight green dress.

In the photo, Alicia was alongside her husband Corey Taylor. They both were posing in front of the mirror to take the photo at their house.

When Alicia wore a super-tight dress to show off her beauty, Corey Taylor wore full of black. The couple looked so sweet.

On Twitter, Alicia has sent the photo by adding a black heart and herb emojis.

When she sent the photo with her Instagram followers, Alicia captioned: “Still dating.”

On both social media platforms, fans commented on the couple’s harmony. Alicia‘s fans told her how beautiful she is. Also, they’ve stated that Corey Taylor is one of the charismatic musicians in the community.