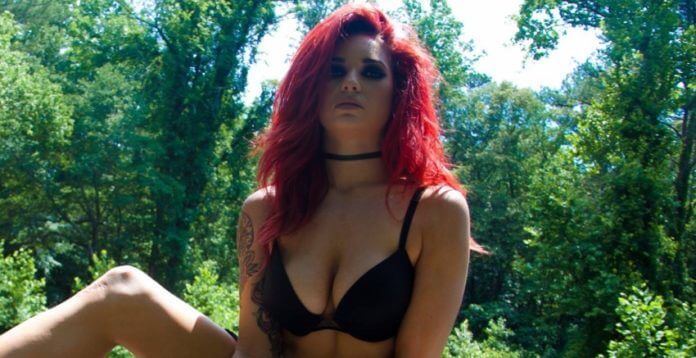 The heavy metal band Slipknot vocalist Corey Taylor‘s wife, Alicia Dove, best known as the founder/director of the rock dance group Cherry Bombs, has just updated her official social media page and revealed her one of the hottest stage photos.

In the photo taken by Dan vir Chow, we can easily see that Alicia was rocking the stage with her girl “Kym Possible” as always. In the pose of Alicia and Kym, Kym lay on the floor with her legs open, and Alicia was in front of her. Alicia was holding the legs of Kym and posing towards the crowd.

Alicia Dove sent the pose with the following caption: “Back when we didn’t have to social distance @_kympossible_.”

Kym has also responded to the pose and Alicia‘s photo and said he miss those days.

“I miss the good old days,” Kym wrote in the comment.

Back when we didn’t have to social distance @_kympossible_ . Photo: @danvirchow