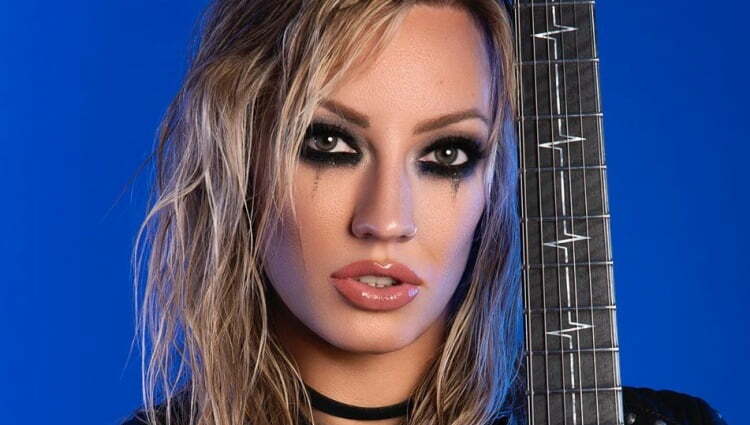 The American rock hurricane Nita Strauss, who could not stop without taking pictures when saw the selfie light, has just posted a charming selfie through her social media accounts and showed her beautiful face to her fans.

In the description of the photo, she mentioned her plans during the day and informed the fans about this issue. Also, Nita hoped that she meets with her fans at a meeting presented by Ibanez Australia and Boss U.S.

“Just finished soundcheck at Badlands in Perth for my clinic in a few hours! 6:30 sharp start time for a masterclass, Q&A and meet and greet to follow presented by Ibanez Australia BOSS U.S. Hope to see a lot of you there!!”

She also reminded her upcoming New Zealand and Australia tours. Her upcoming shows are as follows: