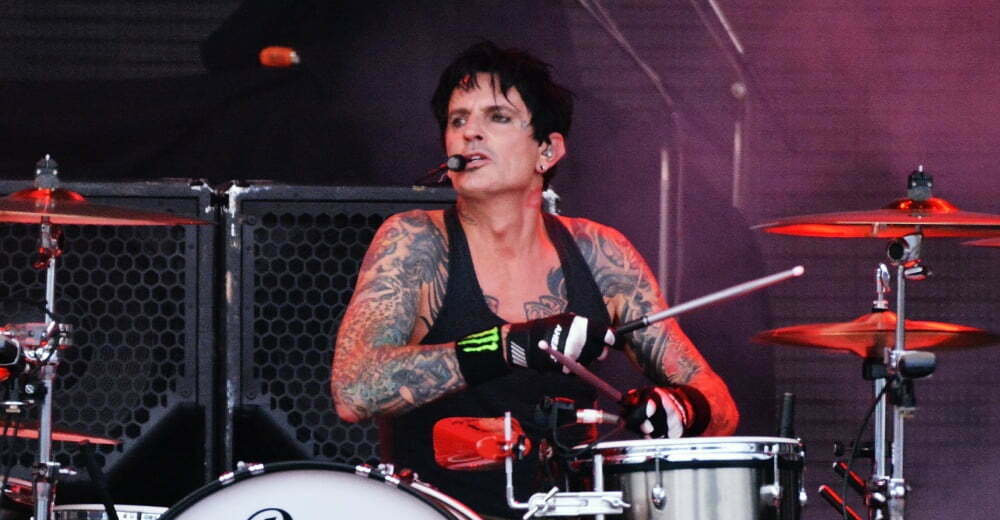 One of the successful drummers in rock n roll family, Tommy Lee, best known for the drummer of the legendary heavy metal heroes Motley Crue, has just shared a new video through his social media account and made a good morning call to his neighbors. The neighbor who heard him responded to his call and said to him, “Fuck You!”. Of course, this is just a joke.

In the video, Tommy was wearing a black hat and a black hoodie. While he walks away to the terrace, he yelled, “Good morning, my neighbors!”. One of his neighbors, who heard this, answered Tommy and said, “Fuck you!”. Tommy did not leave it unanswered and replied in the same way, “Yes, Fuck you too!”.

“Good morning my neighbors,” Tommy wrote in the caption of the video he shared.

Also, the video was received with great interest by its close circle and the fans. On the comments of the photo, the fans said Tommy‘s videos were great and they enjoyed watching him. His wife Brittany Furlan Lee has also commented on the photo and put three smiley emojis.